Get the thrilling conclusion to Trees & Laila’s story! Enjoy this snippet… http://shayla.link/WAForever

Who the f*^& had abducted Laila? How had he coerced her compliance? What was she enduring now?

The intruder had to be someone she knew. Trees was convinced of that.

Since she’d tried to escape two nights ago…

for a clandestine meet-up with Hunter Edgington to help save the man’s sister, as well as her own, Trees would have suspected his boss. But all of the douche buckets he worked for, Hunter included, had been thirty thousand feet in the air with him when Laila had been taken.

So whoever had her captive wasn’t a friendly, which made the fact that she’d left without being forced even more baffling. Worse, he suspected it was someone from either Geraldo Montilla’s or Victor Ramos’s orbit.

One thing he knew for sure? Laila would never comply merely to ensure her own safety. But for Valeria’s? For Jorge’s? They were her weakness. Whoever had taken her probably knew it.

“Anything, buddy?” Zy burst in through the back door, stopping short in the portal, staring at the shards of glass everywhere.

Trees didn’t understand the destruction. Had Laila fought in the kitchen but given up by the time she’d been dragged to the front door? “Nothing. I’ve looked all over the house for clues to understand what happened and who took her.”

Laila hadn’t taken a single one of her possessions. Not her clothes or her phone. Not even a nightlight. But two SIGs were missing off his wall in his underground panic room, along with a box of ammo. That scared the $hit out of him.

“Are you sure Laila walked out of her own free will?”

“It f*^&ing looks that way.” Trees tried to stifle both his alarm and impatience and tossed Zy his phone, screen open to the feed from the front porch camera. “Here. Watch. This is all I’ve got.”

As Zy did, Trees paced to Laila’s room. He couldn’t watch the video again, not without wanting to tear something apart and kill a motherf*^&er.

Inside her room, he found far fewer signs of struggle. In fact, her bed wasn’t even rumpled. The only hint he had that she’d been here? The towel wadded up in the bathroom sink, as if she’d dumped it there in a hurry. The middle was still damp.

He lifted the terry cloth and inhaled. It smelled like Laila. As her scent filled his nose, he tried not to lose his $hit or start tearing down the world to find her.

Somehow, someone had swooped in and taken her from him. He was going to f*^&ing get her back—no matter what.

“I don’t understand.” Zy frowned from the doorway of Laila’s bathroom. “But you’ve got to hold it together, buddy.”

Reluctantly, Trees dropped the towel. “How would you be doing right now if someone had taken Tessa?”

“I’d be somewhere between falling apart and wanting to rip a motherf*^&er into pieces, too. Point taken. So where do we go from here? Do you have any theories about who has her?”

“My best guess? Victor Ramos, mostly because Geraldo Montilla should have been in Florida for that classic car race.”

It was possible, but Trees’s gut said no. “If Montilla had done this, he would have sent more than one person to abduct Laila. Victor, on the other hand… Now that I’ve offed his brother, maybe he’s alone? I’m not sure how the f*^& he found me. And how did whoever this son of a b@#ch was make it ten feet across the yard without Barney ripping out his entrails?” Trees said of his big-ass Rottweiler.

“F*^&er came prepared. He tossed your four-legged mooch a raw steak slathered in something I suspect put Barney out for a while. I found the steak bone and a loopy dog.”

That pi$$ed Trees off. “Is Barney okay?”

“Yeah. He’s up and walking. A little sideways, but walking.”

At least that was one less worry. “Maybe I should call the bosses.”

But what could they do when all their resources were stretched thin, trying to bring Kimber home?

“To confirm that Laila is long gone? I think they know, buddy. But I’ll advise them. Why don’t you grab your computer, see if you can catch her trail.”

Probably his best course of action, but the last damn thing he wanted to do was sit on his a$$ when someone had their filthy f*^&ing hands all over his woman. Was she screaming? Crying? Terrified? Begging? Being forced? Violated? Tortured? Was she even alive anymore?

God, he couldn’t stand not knowing.

Suddenly, Zy dropped a hand to his shoulder. “You’ve got to do something constructive. Gnashing your teeth and wishing death on whoever took her isn’t it.”

Trees had no idea what his friend meant until he realized he’d gripped the pedestal sink and, in impotent fury, pulled it from the wall. With a curse, he released the fixture, leaving it balanced precariously, and zipped past Zy, stomping his way to his home office. There, he grabbed a computer, stalked to the kitchen, and shoved all the broken glassware and china from the table with a sweep of his arm. He lifted the chair and emptied the shards from his seat, then plopped down and pried the machine open… 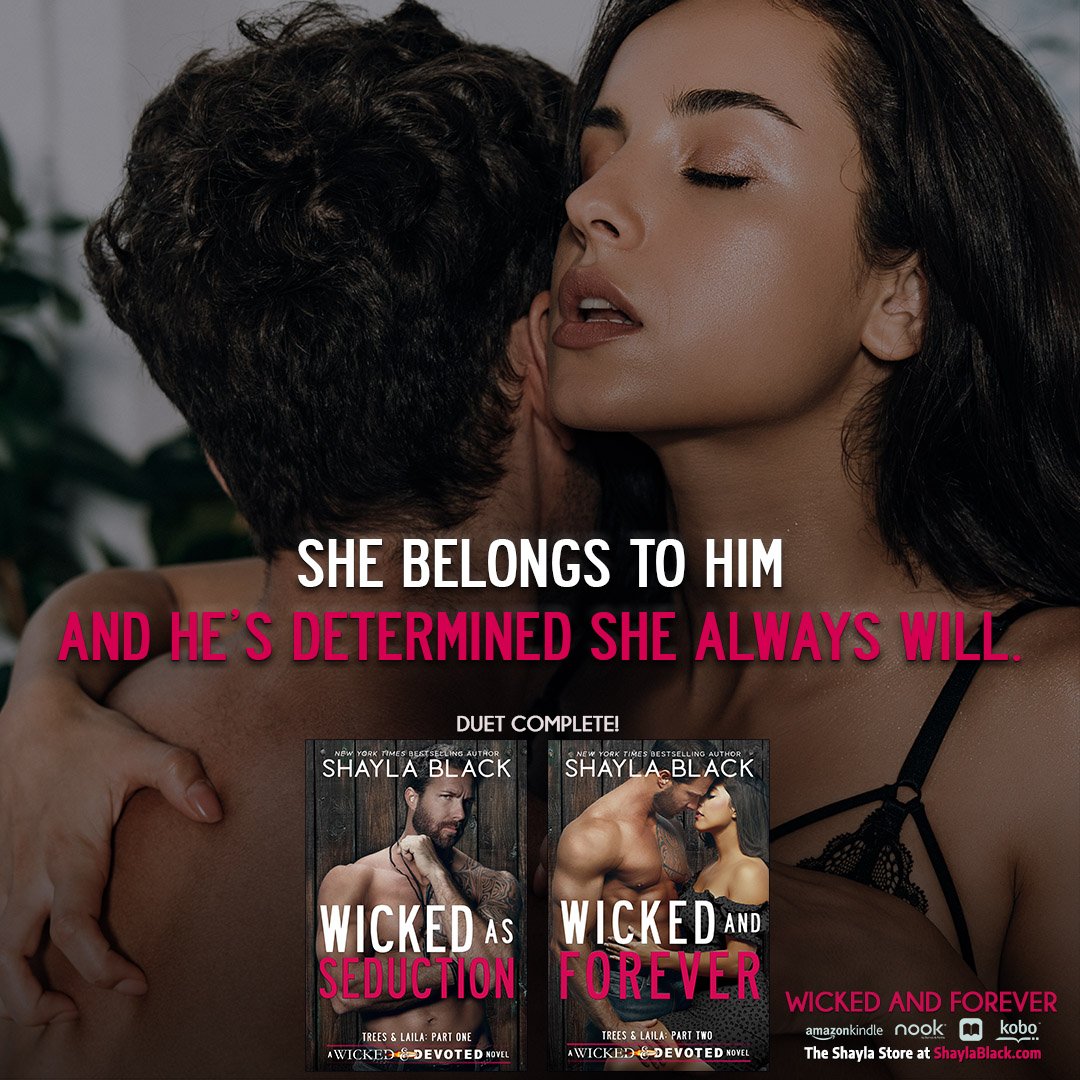