This week is dedicated to the second book in The Perfect Gentlemen, Seduction in Session. Lexi Blake and I always have so much fun when we write about the men of Creighton Academy. In Seduction in Session you’ll meet CIA Connor Sparks and tabloid writer Lara Armstrong. True identities, deadly agendas and a bodyguard intent on eliminating any threat.

Every muscle in her body was deliciously sore. Lara stretched as she prepped breakfast. Kiki had brought her some eggs for Connor, so he could have a scramble with spinach and peppers, rather than her usual tofu. She might have given on the animal products, but she intended to sneak some veggies into his diet one way or another. She cracked another egg into the skillet. He looked like a man who could eat four eggs. Maybe more. He’d expended an enormous amount of energy the night before.

She felt a grin spread across her face. He might be a carnivore, but he was the most spectacular lover in the history of time. Now she knew why Kiki giggled when she talked about sex. She couldn’t seem to stop smiling when her whole body felt alive.

He’d taken over her shower just fifteen minutes before, using his big body to trap her and kiss her until she was breathless. With her hands over her head, both manacled by one of his, she’d been utterly at his mercy and he’d had none. He’d grabbed the soap and washed her off, paying very close attention to his favorite parts. She’d cried out his name.

Apparently, she was a screamer. Lara had always thought she was very ladylike in bed, but Connor brought out her inner vixen. ere was no place for decorum when his mouth was on her.

She’d even turned the tables on him, taking his erection in her soapy hands and rubbing. She’d watched him, utterly fascinated when his cock had surged and released in her hand.

She felt a little damp and flushed just thinking about it.

Lara scooped his eggs onto a plate just as her doorbell rang. She was almost to the door when Connor scowled at her from the hallway.

“What do you think you’re doing?” He was back in bodyguard mode, wearing jeans and a dark T-shirt, his shoulder holster and gun on display.

In her mind, she could still see him naked, feel every muscle and indention of his body. And all the scars. What had he been through besides the psychotic ex? Probably a lot. She wanted to kiss all his scars, to let him know he was safe with her.

She gave him a little smile. “I was just coming to get you so you could answer the door.”

His eyes narrowed, but he rewarded her with a slight hint of a smile. “Sure you were, princess.” Now when he called her princess it made her warm and happy. He winked as he brushed past her. “Get out of view until I tell you it’s safe. We’re going over protocol this morning. After yesterday, I’m putting some new rules in place.”

She wrinkled her nose. He loved rules of all kinds when they applied to her. In fact, he seemed to relish them. “That does not sound like fun.”

“I’m going to have a ton of fun going over all the new boundaries. Can you fix me some coffee, baby?” He strode toward the door.

At least if she was stuck in the house, she was stuck with him. If he was going to restrict her routine and control her schedule, he could entertain her. She had a list of things she wanted to try. After last night, her imagination had opened up. Now her mind was a veritable Kama Sutra.

She poured Connor a cup of coffee and took both plates to the table. Hopefully whoever had knocked on the door wouldn’t need too much attention. Their breakfast would get cold.

She’d gotten an e-mail the night before from a woman named Everly Parker. The Everly Parker. Maddox Crawford’s sister wanted to talk to her about something and she was coming to D.C. today. Lara had already started mentally composing a list of questions to ask the woman. Her brother had somehow been involved in the plot to cover up Natalia Kuilikov’s whereabouts. e conversation would be delicate, but she intended to find out what Parker knew. Lara hoped Crawford’s sister could provide more information about this piece of the very large puzzle she and Freddy had started to t together a little over a year ago.

That wasn’t her only problem. She had to figure out how she was going to slip past Connor to meet her informant at midnight. He would bolt if he saw Connor there. Maybe she should think about giving up on this particular story. e idea of tricking him didn’t sit well with her.

Or maybe she should tell him everything and ask for his advice. He could be her partner.

The only thing that held her back was the fact that he’d used Zack Hayes as a reference. How loyal was he to the president? How would he feel when he found out exactly why she was investigating the commander in chief?

“I need to talk to Lara.” Tom’s voice rang down the hall.

Despite Connor’s warning, she stepped into the hallway. Freddy had issues, but she could usually talk him down. “Come on in.”

Kiki set Lincoln down and he immediately started jumping up on Connor’s leg. Traitor. Her dog had turned on her for a little beef. Connor scooped the pup up and then turned, giving her a stare that could have frozen a blazing fire. That stare promised retribution for misbehavior.

She shivered but not in fear. Connor was rapidly turning her into a sex-crazed woman.

“Later,” he mouthed as he let her friends in.

“Your breakfast is on the table and I brewed fresh coffee.” She gave him a smile she hoped would calm his savage beast a little.

“I’ll get him some water.” He leaned over, kissing her right in front of her friends. “Behave until I get back. And if you set foot out of this apartment or unlock that door while I’m gone, you won’t like what happens when I catch you.”

His dark tone sent another shiver down her spine. She watched him until he disappeared into her kitchen.

“Holy shit, you slept with him.” Kiki’s eyes were wide.

Tom shook his head, his jaw hanging slightly open. “No. She wouldn’t do that. She’s got better taste in men. He’s a barbarian and she knows it.”

“He’s wonderful,” she said with a sigh. She didn’t want to get too into it with Tom. As far as she knew he wasn’t dating anyone. He’d gone through several woman right after they’d broken up, but no one in the last year. “Yes, he’s different from my normal dates, but that’s okay. We get along really well. We’re very compatible.”

Kiki leaned in. “How compatible?”

“Multiple times compatible.” She was fairly certain the grin on her face was a mile wide.

“I can’t believe you slept with him.” Tom was staring at her like she’d grown two heads.

“I know it’s soon, but we’ve already spent more time together than a lot of people who’ve been dating for weeks. The twenty-four seven thing can really make you get to know a person fast.”

“What is that supposed to mean?”

“It means that he’s obviously using you and you’re too naive to know it,” Tom spat.

“It isn’t obvious to me.” Connor sipped coffee from the mug she’d left for him, his eyes steady on Tom. “Just how am I using her?” 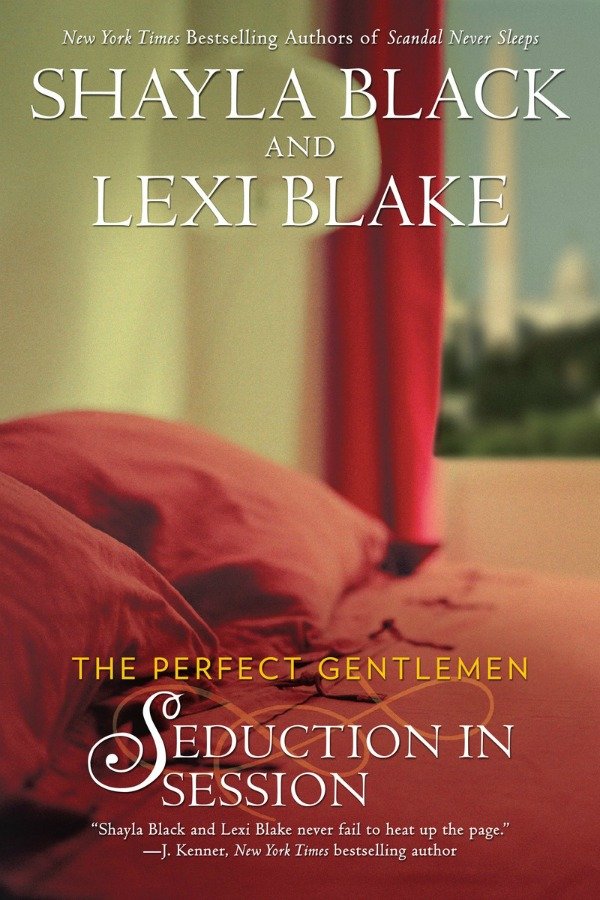