Here we are at #TBT and this is a favorite – Their Virgin Princess — and I co-wrote this with the fabulous Lexi Blake!

Their Virgin Princess is one of seven books in the Masters of Ménage series, so start reading today and find out which virgin book may just become your next favorite!

“You weren’t a mistake. I can’t imagine any mother not being so proud of you.”
He turned slightly, forcing her head up and looking on her with a curious gaze. Slowly, he reached down and brushed away tears she hadn’t known she was shedding. “Are those for me?”
She shrugged, then nodded. He wrapped a bulky arm around her and hauled her in close. For a moment, she stiffened, then sank against the heat of his body. And the safety. She felt safe with all of them.
“Don’t you cry for me, Princess.”
Sometimes when he called her that she could almost believe it was a term of endearment and not merely a title. “Someone should. And I’m not really crying for you. It’s not pity. You came from so little and you’ve turned into a wonderful man.”
“Sometimes,” he began, staring down at her, “bad things happen to good people, and they
still find a way to turn it around. They find a way to be brave. I know you’re brave, too. I want
you to kiss me, Lea.”
So much for his lack of smarts. He was a manipulative bastard. But if she wanted to heal,
wanted to move forward and not let the kidnappers beat her, as Piper had pointed out, she had to
be willing to take chances. Get out of her comfort zone. Try to be a whole woman. Believe that she could trust them.
Alea closed her eyes and tilted her head up. She could handle this. Landon would never hurt her.
She waited, but nothing happened.
Alea opened her eyes, and found Lan staring down at her. Cooper had moved behind, and
she could feel his heat. Dane had edged closer, too. His gaze was fixed on her, smoldering like
the nearby fire, as he leaned back against a tree. “He said he wanted you to kiss him, baby,” Dane pointed out. “You have to listen to instructions or there might be consequences.”
She stiffened a little. “I don’t think I like the sound of that.”
Cooper leaned in. “Come on, Lea. Don’t be scared. You know Dane likes to play. It’s just
who he is. He needs to feel like he’s in control.” His voice dropped to a whisper. “If he thinks
you’re afraid, he’ll pull away. His ex-wife told him he was a pervert, and I don’t think he can handle it if you feel the same way.”
Talib liked to “play,” too. Oh, her cousins had tried to hide that fact from her, but she’d
snuck into Tal’s “dungeon” when she was a teenager. The locked door had always intrigued her,
and they’d never let her in or explained. Unfortunately when she’d finally figured out how to
sneak in, Tal had been playing at the time. She’d hidden, of course, but she’d heard the moans,
the slaps of leather on skin, the gasps—the sounds of satisfaction.
And she’d heard the tenderness he’d shown his submissive afterward. The praise he’d given her. The woman’s sighs of contentment. They had both enjoyed themselves. There hadn’t been anything wrong with it. She’d heard that the dungeon was open again and her cousins played with Piper, teasing her and loving her. Tal needed the control after what had happened to him.
What had happened to Dane?
She sat up and stared at him, illuminated by the fire. He had a bland, somewhat expectant
look on his face, but she was starting to really know him. His anxiety revealed itself in the hard
line of his shoulders, in the stiff way he held himself. “What if I’m not submissive?”
And just like that, his body relaxed, and the teasing Dom was back. “Oh, you are.”
“Maybe I want to be in control. Maybe I need it after what happened to me.” How would he handle that?
A smile softened his face. “You’ll always be in control. That’s the great misunderstanding about the lifestyle. The submissive can stop the scene at any time. Any play is meant for your pleasure. Any rule is meant to protect you, build trust between us, and lift you up. It’s why I won’t listen to you talk badly about yourself. I’m willing to spank you over that so you’ll remember. Even if you hate me, I need you to believe how amazing you are.”
She didn’t necessarily understand, but she was pretty sure she couldn’t hate him. Ever. “We have to go slow with the whole play thing, Dane. I might never be able to handle it, especially the bondage. Being unable to move…it scares me.”
Which meant she might never be able to please him.
“Hey, it’s going to be okay. We’ll go as slow as you need,” Dane assured her. “Trust isn’t an overnight process. We’ll take it one baby step at a time, if that’s how it’s got to be. For now, I
want you to kiss Lan slow and deep. He’s going to sit back and let you have your way with him.” 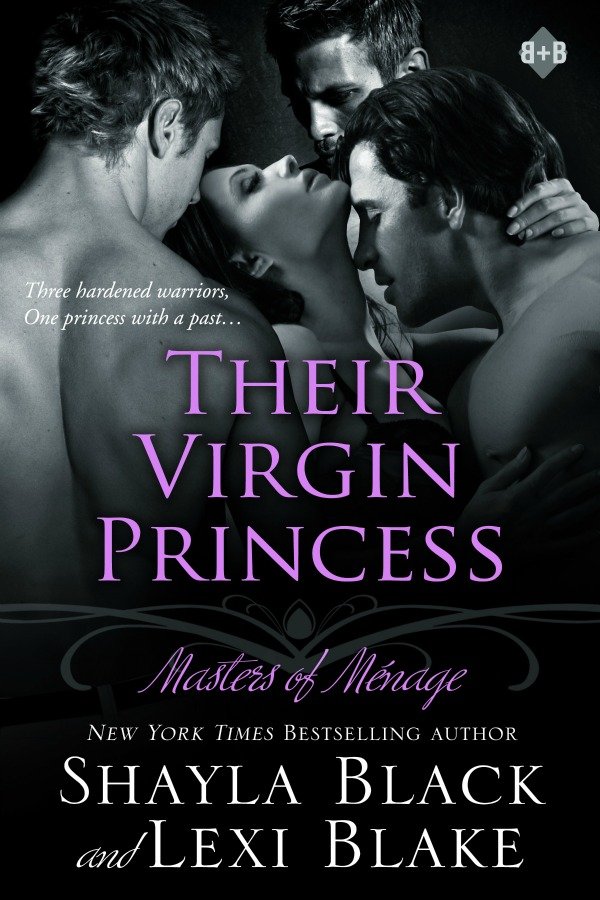