When Carson Frost inherits a confectionary that rakes in billions but is too cash-strapped to last another sixty days, he agrees to take a loan from his late father’s rival. There are two catches: Carson has to sign over a permanent stake in the company, and marry the man’s daughter.

Two weeks before the wedding, he gets cold feet and claims he’s in love with someone else. The investor says he’ll still hand over the cash if Carson takes a stroll down the aisle—with the woman who owns his heart. Since he isn’t even dating anyone, Carson panics. Where is he going to find a bride willing to jilt him at the altar on such short notice?

Ella Hope is an actress happy for any paying gig, but jilting a hottie in public isn’t what she had in mind. Still, she needs rent, and he’s in a bind. How hard can it be? While playing at matrimony, suddenly their intimacy isn’t so fake. Ella can’t help but fantasize that Carson is her groom and they will live happily ever after. But once his company is safe, will he want her anymore?

“Want me to open a bottle of wine?”

With sleepy eyes, I slide a glance over at the clock. “It’s almost three in the morning. Aren’t you tired?”

He shovels some of the steak into his mouth, followed by a forkful of potatoes. Then he unwraps another covered dish, and the scent of the lobster macaroni and cheese almost has me swooning.

“A little. But between you and our amazing leftovers, I’m getting my second wind. It’s only midnight for you, West Coast girl. What’s your excuse?”

I laugh. “I’m usually in bed by ten so I can be ready for early morning auditions. You’ve kept me up a lot longer.”

Carson lifts the sheet away from his lap, then shoves it aside. His cock—every bit as big as my toes discovered—is standing tall. “You’re keeping me up, too.”

I can’t believe he’s hard again…and I can’t say I’m unhappy about it.

“Are you always this insatiable?” I’ve barely finished the question before he’s plying my taste buds with the creamy, soft goodness of the macaroni. I bite into a chunk of the lobster and moan.

He quirks a golden brow at me. “My stamina?”

“That, too. But I meant the orgasm in the takeout tin over there.”

When I laugh, he does the same. “Well, I’ve got more—of whatever you want.”

Then he sets about tugging at the sheet covering my naked breasts, exposing my well-loved nipples and the flesh slightly rosy from orgasmic glow and whisker burn.

“I’ll keep that in mind,” I promise with a catch of my breath.

He sets his food aside for a moment, then leans in to kiss my lips, my neck, my shoulder, the swell of my breast… My eyes slide shut for a luxurious moment. I know where this is headed. We still haven’t managed more than a few bites of food. We haven’t retrieved my suitcase from the car yet, either.

I slide a hand between my flesh and his mouth before he can suck my nipple and make me lose my mind. “You promised to feed me before you tumble me to the bed again. And didn’t we discuss a shower?”

Carson grimaces and backs away. “Yeah. Sorry. I lose my head with you. I have to be in a meeting in five hours. And right now, I just don’t care.”

“You should. You’ve done a lot to save Sweet Darlin’,” I point out. “But you surprise me. You’re not as driven as I thought when we first talked.”

“What do you mean? I’m ambitious.”

He is. If he weren’t, he never would have assumed the helm of Sweet Darlin’ or found himself engaged to Kendra Shaw. “But you’re not the kind of workaholic who forgets there’s another person in the room. You’re not the sort to disregard the people around you.”

At that observation, he scowls. “Have you dated someone like that? If so, he sounds like a terrible prick.”

In a weird way, that’s actually sweet of him to say. Normally, I wouldn’t share much about my past with a boss or a date. But Carson is different. “No. I’m talking about my parents. My dad was a reporter for the ABC affiliate in Los Angeles. My mom was a costume designer who worked for various TV shows. They both worked incredibly long hours. When Dad was home at all, he was forever on the phone or leaving in the middle of dinner to meet an informant or chase a crime scene. Mom was around more, but she always had her head stuck in a sketchbook or was cozying up to her sewing machine. Sometimes, my younger sisters and I felt invisible.”

His face softens. “I’m sorry. My mom and stepdad had their faults—they were human, after all—but they were great parents. I know how it feels to be invisible and irrelevant, though. I spent a lot of time growing up wondering why my own dad never wanted me, why my mom had to marry someone else to find a guy who gave a shit about me.”

I nod. It seems as if he truly does understand. “I had to become an adult to realize that my parents weren’t awful or uncaring or neglectful on purpose. They simply picked occupations they were so passionate about that sometimes they would forget everything else. In some ways, they saw the work they did as a public service. My dad gave truth to the community. My mom added beauty and authenticity to the world.”

“But it would have been nice if they’d remembered to be parents more often, too, right?”

I nod. “Exactly. I can’t complain much. I grew up in a nice house, went to good schools, had awesome friends. No one beat me. I never went hungry. I shouldn’t complain.”

“But everyone wants to be loved,” he says softly.

Maybe I’m just tired. Or maybe my emotions are raw because in the last few hours, this man has opened my body to him in nearly every conceivable way. All I know is that my eyes well with stinging tears.

“Yeah.” I sniffle, determined to lighten the suddenly heavy mood. “And love in return, so could you give me another forkful of those heavenly potatoes?”

With an understanding smile, he hands me the round tin and my fork, then sets about inhaling his own dinner. “God, everything tastes amazing. I was starved.”

“I was, too.” Not just for the food but for the toe-curling sex, affection, and understanding. 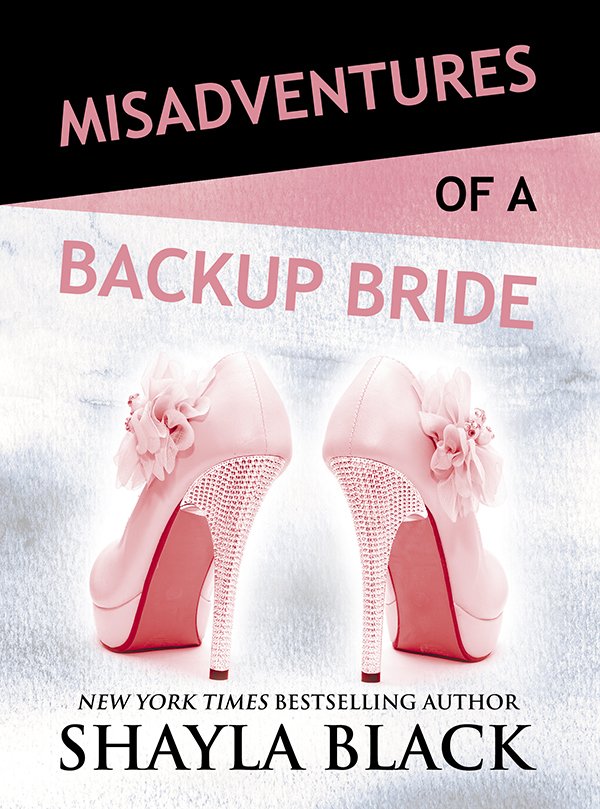 AUDIBLE US I AUDIBLE UK I APPLE AUDIOBOOK