Will he choose vengeance or a second chance at love?

Nick Navarro had been out of prison exactly thirty-five hours. Long enough to get a good night’s sleep, stock up on a few necessities, and visit his old friends, the Santiago brothers. Then he’d started putting his P.I. skills to good use, methodically searching for the woman he hadn’t forgotten a single detail about during the fifteen months of his incarceration.

He intended to hunt down the bastards who had framed him and offed his childhood friend so he could repay them in spades.

Sasha Porter was the key.

At first glance, it looked as if she had disappeared off the face of the earth. She’d fled her house, quit her job, abandoned her car, maybe even changed her name. But his gut told him she was still alive. She had reasons to fight.

He would burn down the world until he found her.

Nick was forcing himself not to pace manically when his doorbell rang, sounding above the din of pounding rain. He zipped his gaze to the clock. Quarter ’til midnight. Obviously this wasn’t a social call. Had his late buddy’s enemy gotten wind of him shaking the trees for Sasha? Or had that corrupt son of a bitch just come back for another pound of flesh?

With every light in the living room on, Nick couldn’t pretend he wasn’t home. Besides, he refused to let this a**hole think he was afraid. So he drew his weapon and jerked the door open, wearing a snarl.

Nick expected trouble, a gunfight, a battle for his life. Instead, Sasha Porter stood under his little portico, clinging near the door to avoid the deluge of November rain. Without a coat, she shivered. An exhausted little girl slept on her hip under a baby blanket, blond curls askew. A ragged duffel bag hung over her other arm. Rain had seeped through Sasha’s tattered blouse. Water ran down her cheek, which was marred with an unmistakable bruise. Dark circles discolored the skin under her hazel eyes, now wide with fear as she stared at his SIG. Cursing, Nick scrambled to holster his weapon.

This wasn’t the woman he remembered, and she wore the struggle for her survival all over her delicate face. The sight made Nick seethe, but he managed to blank his expression and open the door wider.

“Hi, Mr. Navarro, we met once about three years ago. You probably don’t remember me…” She drifted off nervously.

He ached to show her how wrong she was. Instead, he scanned her body. She’d lost weight, lost curves. He’d fix that. But as she had the first time he laid eyes on her, she incited a roaring lust in his blood that electrified every muscle, pore, and nerve ending. He didn’t just want this woman; having her felt necessary to his sanity. It didn’t matter that her honey hair straggled out of half a ponytail or that she wasn’t wearing a shred of makeup. Baggy jeans, plaid shirt…whatever. Sasha stood here in all her goodness. Despite everything she’d been through, radiance shone from her eyes. The brightest of angels tempting the devil himself.

Then he remembered she was his childhood friend’s beloved widow. He killed his smile.

“Mike Porter was my husband.” Her voice still shook. “You visited our house once. I’m—”

“Sasha,” he assured, determined not to frighten her. “Come in.”

Blinking at Nick Navarro in surprise, Sasha inched inside his surprisingly posh house, hyperaware that she was dripping on his travertine floors. “You remember me?”

“I never forget a face.” He shut and locked the door behind her.

Because he’d once been a private investigator? She stared but his unreadable expression cloaked his thoughts.

Her late husband had called Nick a great friend…and a very dangerous man. Mike had made her promise to come to Nick if she ever needed help. Sasha was having second thoughts now.

Merely dangerous men could be reasoned with. Even they had limits. Staring at the six-foot-three mountain of muscle who holstered a gun he clearly wasn’t afraid to use, she feared no one could reason with Nick Navarro. 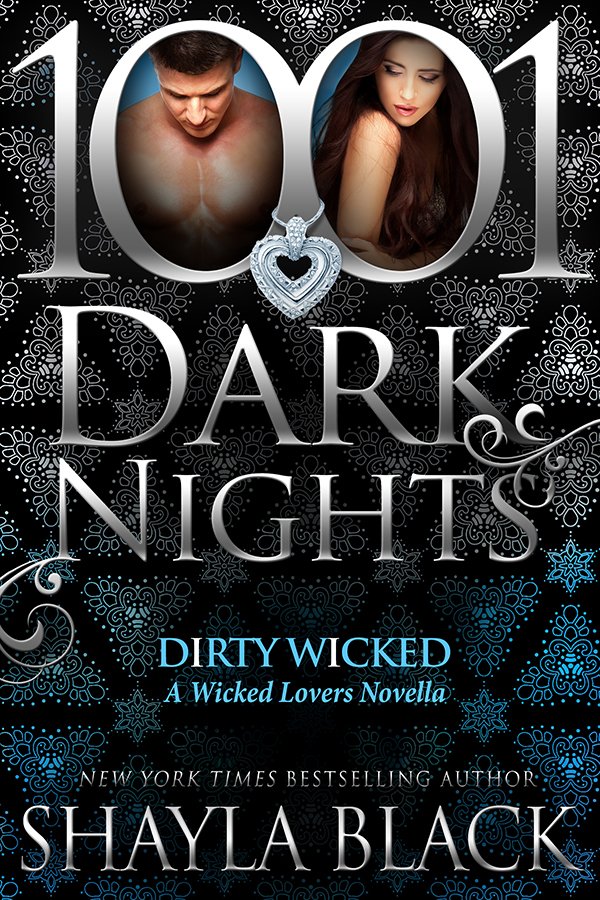 BARNES & NOBLE I AMAZON US

Shayla Black is the New York Times and USA Today bestselling author of more than sixty novels. For twenty years, she’s written contemporary, erotic, paranormal, and historical romances via traditional, independent, foreign, and audio publishers. Her books have sold millions of copies and been published in a dozen languages. Raised an only child, Shayla occupied herself with lots of daydreaming, much to the chagrin of her teachers. In college, she found her love for reading and realized that she could have a career publishing the stories spinning in her imagination. Though she graduated with a degree in Marketing/Advertising and embarked on a stint in corporate America to pay the bills, her heart has always been with her characters. She’s thrilled that she’s been living her dream as a full-time author for the past nine years. Shayla currently lives in North Texas with her wonderfully supportive husband, her teenage daughter, and two spoiled tabbies. In her “free” time, she enjoys reality TV, reading, and listening to an eclectic blend of music.