This week, I’m introducing you to book 2 of the Wicked Lovers series, Decadent. Featuring Kimber Edgington and her quest for sex education from bodyguard Deke Trenton…

She barely had time to react with hot shock and a blistering curl of desire in her belly before Deke’s fingers tangled in her hair and he dragged her gaze back to his blue eyes, the mesmerizing color of barely washed denim.

His fists tightened. Without further warning, he descended.

With one touch of his mouth, he breached and invaded her lips, dazzling her senses as he slid his tongue inside and dominated everything he touched. A languorous sweep, a lingering slide.

She’d expected Deke’s kiss to be harsh, to the point, with no concession to her inexperience. Not so. Hungry and demanding, yes. But good. So good. A wild tangle of lips and breaths and hunger.

Kimber had been kissed, but never like this. Never without hesitation or an invitation. Deke didn’t bother with either.

Suddenly, he retreated, leaving behind an ache she already couldn’t fight. Oh, God. And his taste. Spicy and male. Addicting. Kimber craved more.

In a single kiss, he stripped her defenses, turned her body inside out, stole her control. 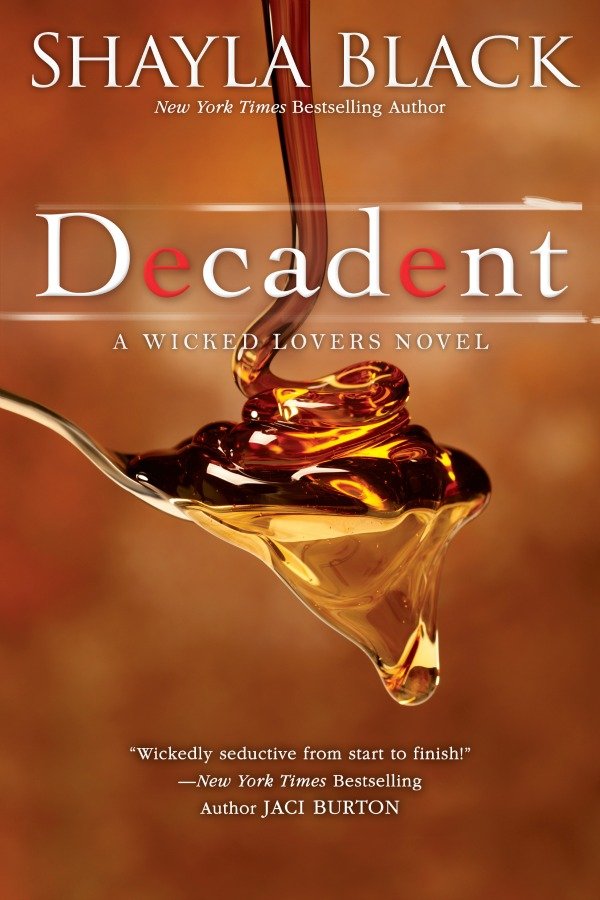 One thought on “Teaser Thursday: Decadent”