I’m really excited to kick off my 2019 guest of the month feature with, Carly Phillips! We both started in the publishing industry at roughly the same time. She’s smart, funny, and hardworking. Carly is both traditionally and independently published and succeeded at every turn.

Saving Silverman because I have a sick sense of humor and I love Neil Diamond.

In theory I have an office with a desk (I don’t use) and an ergonomic recliner chair (I rarely use). I end up writing in bed and hurting my back and shoulders. Then I go use the chair in the office. The pics are of the dogs on the bed while I’m working and the chair I’m supposed to work in. 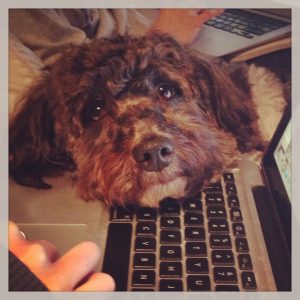 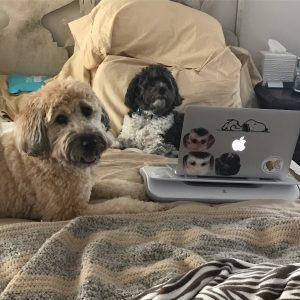 I have a corner of my office with things that belonged to people I’ve loved and lost – my dad’s hat on a doll that was my grandmother’s and my dog, Buddy’s leash. I also have my dad’s wedding ring JPart of my office pictures have that corner with those things. 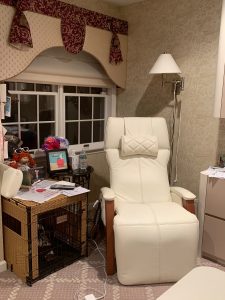 Plotter or panster and why?

It’s evolved and changed over the course of my career. I used to be a pantser, then a loose plotter, now I need to plot more tightly. My brain doesn’t work as well as it used to on the fly.

What music are you listening to? Do you play it while you write?

I keep the television on, no music. I watch soap operas (General Hospital and Days of Our Lives, and the news or things from Good Morning America to Kelly and Ryan, then flip to NBC and back to ABC for the later part of the day. I’m a creature of habit. I’ll also watch Law and Order SVU when nothing else is on, or Say Yes to the Dress.

I’m so excited for my next release. It’s so hot,sexy and emotional!

Take Me Again, the first in my new Knight Brother’s series released on January 22, 2019

He’s alpha, he’s sexy, and he’s sure he’s got life in his hands … Until Ashley Easton returns, wanting nothing to do with the playboy who broke her heart.

Sebastian Knight is a closer. Be it a business deal or the woman of his choice, everything he wants is his for the taking. Sexy and irresistible, a wink, a smile, or a handshake always seals the deal. Until Ashley returns at the worst possible time, and everything unravels around him.

The Ashley who returns is sassy and sexy–everything Sebastian craves and he wants a second chance. Despite her reluctance, his sex appeal makes it harder and harder to keep him at arm’s length.

Sebastian might have a talent for sealing the deal, but Ashley is no longer easily charmed. This time he’s going to have to work to win.

Amazon I Barnes & Noble I Apple Books I GooglePlay I Kobo 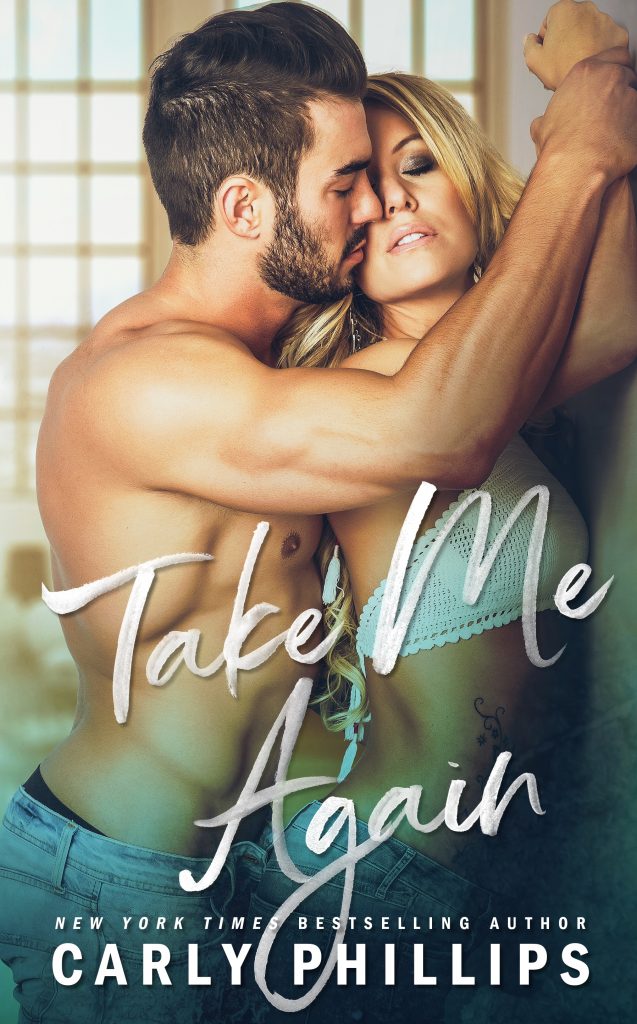 Make sure to follow Carly Phillips at the following platforms! 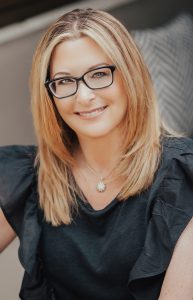 Carly Phillips is the N.Y. Times and USA Today Bestselling Author of over 50 sexy contemporary romance novels featuring hot men, strong women and the emotionally compelling stories her readers have come to expect and love.

Carly’s career spans over a decade and a half with various New York publishing houses, and she is now an Indie author who runs her own business and loves every exciting minute of her publishing journey. Carly is happily married to her college sweetheart, the mother of two nearly adult daughters and three crazy dogs (two wheaten terriers and one mutant Havanese) who star on her Facebook Fan Page and website. Carly loves social media and is always around to interact with her readers.

2 thoughts on “Shayla’s Guest of the Month: Carly Phillips”