Welcome back, everyone! Every month in 2018, I’ll be introducing you to some of my author crushes and friends. I’ve asked then some fun questions so you can get to know more about them through their answers. January’s author? Sierra Cartwright!

Sierra: I get perplexed looks and comments of, “Really??” when I answer this honestly. Top Gun. I adore it so much that I once taught a three-hour writing class using this movie. Some people never forgave me for making them watch it! I thought it had so many amazing parts. A young, brash pilot. (Who doesn’t love a man in a tailored uniform? Not only a flight suit but navy dress whites? Swoon and a half.)

Maverick’s sometimes reckless behavior is a disguise for the fact he’s haunted by his father’s death and the feeling he’s living in his old man’s shadow.

There’s a fabulous love interest, Charley, one of his instructors. So the movie plays on the student/teacher trope, with a twist. Having an affair with Maverick could end the career that Charley has struggled for. The way Maverick pursues her is charming, and the scene where Maverick “crashes and burns” in the eyes of his chuckling classmates, provides an absolute classic example of subtext. The two characters are having a conversation, but they’re not talking about what anyone thinks they are. Instead, Charley’s letting him know that she’s scared of having a relationship with him.

The loss of his best friend through an action of his causes Maverick horrible angst. (And it made me cry.) He walks away from everyone and everything he holds dear, even Charley. When he learns his father was really a war hero, Maverick is further conflicted. His struggle to redeem himself is poignant. And when he returns to fly again and prove he has what it takes, it’s impossible not to cheer for him.

Add in a hot sex scene and timeless, classic music, and I’m off to stream Top Gun. Again.

Shayla: I would never be mad at you for making me watch Top Gun. It’s a fave of mine, too!

Sierra: Coffee. Coffee, coffee, coffee. As in I brew coffee in the Keurig while I wait for the coffeemaker to make me some liquid energy. I travel with my full-size Keurig. I kid you not. When we lost power after hurricane Harvey in 2017, my first concern was figuring out how to brew coffee. My honey was my white knight. It turns out that you can heat water to a boil on the camp stove then pour that water through the coffee filter, much the same way that Starbucks does their afternoon pour-overs. Here’s the trick, pour slow, and after you saturate the grounds, let them steep for a minute or two because the water is so hot. Then continue a slow pour of the hot water through the filter into the carafe. (We have a metal carafe that we’d heated by filling it with hot water first, that way the coffee would stay hot longer.) When your coffeemaker stops working, you’ll thank me for this tip. ?

Shayla: I’m not a coffee drinker, but I’ll definitely pass this onto my hubby!

Sierra: It’s amazing how many of the scenarios that pop into my mind contain amazing food and alcohol—either wine, Prosecco, or a nice champagne. I love having dinner at a place with a view, and if I can dine outdoors, that’s even more spectacular. One of my favorites for special occasions is Shearns in the Moody Hotel on Galveston Island. After the sun goes down, the view is of the bay and the twinkling lights of the island’s small municipal airport. My ideal romantic evening also includes exquisite chocolate cake. Warm, melting chocolate cake with a cup of strong coffee, cream, hold the sugar.

It ends with a nice walk along the beach and a nightcap before spending the evening with someone special. Doing all sorts of things that are very nice and more than a little bit naughty!

Sierra: I’ve always loved the song Southern Cross—the classic rock song by Crosby, Stills, Nash, and Young. I’m also a huge fan of Jimmy Buffet, a definite Parrothead. Buffet covered the song at a concert I attended not too long ago, and I fell in love with it all over again.

The song is about a man who sails the South Pacific after a failed love affair. I was born and raised in England. We took most of our family vacations in Wales, at the sea. I fell in love with the water early, and perhaps it’s in my blood. My great-grandfather was a ship’s captain, and as long as I can remember, my dad has owned yachts. (I don’t sail, but I am happy to go out on the ocean and drink a glass of wine and eat his snacks while the sun sets.)

He spent years living on a yacht in Ventura Harbor, and now, he lives on his boat, the Lunar Sea (which is a play on Lunacy—which also explains where I get my quirky sense of humor).

The ocean’s call is so strong for me that I took a retreat to Galveston, fell in love with being by the water, quit my job and moved from Colorado to a bungalow just blocks from the beach.

Listening to Southern Cross makes me yearn to take the trip mentioned in the song. From Avalon on Santa Catalina Island off the coast of California, (which is the only place I have visited), to the Southern Island (Polynesia), Papeete in Tahiti, the Marquesas volcanic islands. And I want to see the Southern Cross. Who wants to go with me?

Sierra: 2018 will be a big year for me. With the closure of Loose Id, I will be getting back the rights to my Hawkeye series. That means I’ll have an opportunity to revise them for rerelease, create gorgeous new covers, and extend the series! I’ll also be starting a new series this year, and I’m very excited about it! And yes, Julien Bonds will finally get his long-awaited story!

Shayla: That sounds great. Definitely something to look forward to!

Sierra: Across my Stomach by Jack Cole! LMAO.

Shayla: Life could be worse. Morgan might be jealous. LOL!

Sierra: Shayla! Thank you for having me here. I love spending time with you!

Shayla: Thanks for hanging out. I’ll look forward to seeing more of you this year!

Find out more about Sierra Cartwright and  Initiation below!

Readers, tell me in the comments below, what is YOUR Shayla Black kiss? 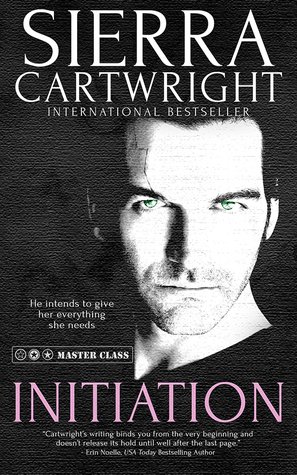 Amazon US I Amazon UK I iBooks I Nook I Kobo 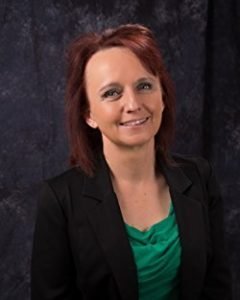 Sierra lives in Southeast Texas, where she moved from Denver, Colorado on a whim saying, “The beach calls my name and I'm not coming home.” She loves the way history blends with Southern manners (being called “sugar” is an experience unto itself).

Sierra was born in Manchester, England, and began writing books the day she learned how to write, her elementary school librarian “published” her first book, which was edited by her mum!

One thought on “Shayla’s Guest of the Month: Sierra Cartwright”