It's Flashback Friday y’all and this week we’re featuring a book I wrote with Lexi Black titled Their Virgin Secret. Burke and Cole have shared women before but never meant to fall in love with one. Find out how they balance their always on the edge of trouble lives with Jessa who is just too tempting, too perfect to let go.

Please don't forget to share all my Secrets—and this Flashback Friday—with your reader friends. Hugs!

She was different. He’d known it the minute he’d set eyes on her. Cole was just a stubborn

bastard. But Jessa had quickly figured out exactly how to take him down.

She turned as Burke closed the door to their suite. “Is it okay if I use the bathroom first?”

He practically laughed. She looked so soft and sweet. She was perfect, and right now she

He pulled her into his arms. The minute he drew her close, she softened against him. “Yes,

sweetheart. Take all the time you want. If you want to wait, we’ll wait. We can still go out, you

know. Nothing has to happen right now.”

“Burke is right, Jessa. Nothing has to happen at all. We’re not going to be mad,” Cole

“I’ll be mad.” Jessa frowned, turning her face up to his. “I’ll be very mad. I was promised

He kissed the tip of her nose. “I think we can handle that.”

She nodded and pulled away. “I just want to freshen up is all. Give me a couple of minutes. I

promise you that I want this. I want you both.”

She disappeared into the bathroom.

“This is a bad idea.” Cole was always the voice of doom.

“Shut up, Eeyore. She’s made her decision.” Burke looked at his brother with a sigh. “I 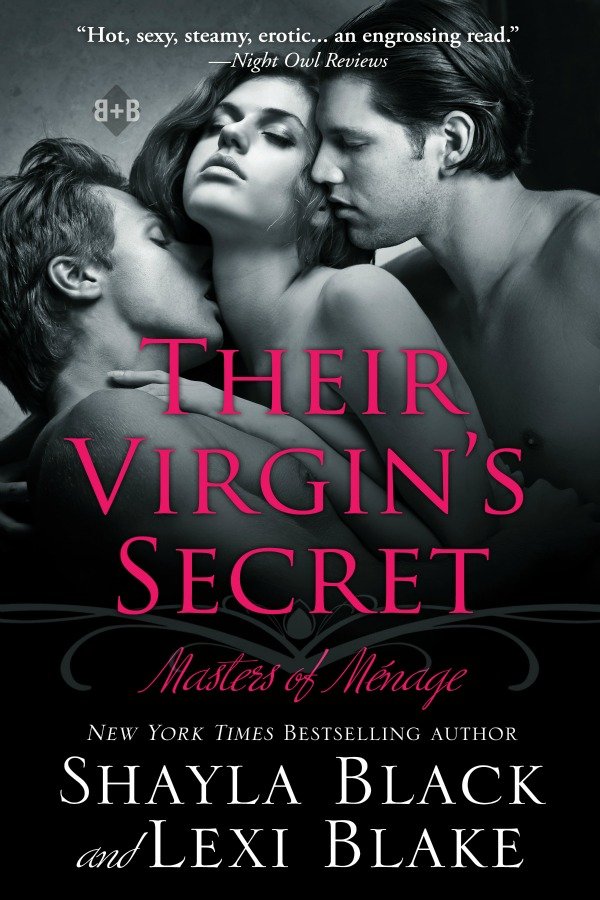 iBOOKS I BARNES & NOBLE I AMAZON US I AMAZON UK IKOBO