He’s dangerous. She’s his—even if he scares her.  But once he unravels her secrets,

he’ll risk everything to claim her for good.

“I dreamed of this, too.” He swirled his tongue around her, shoving his fingers inside her, then nipped at her tender bud with his teeth. When her little yelp morphed into a moan, he gave her a dark smile. “I dreamed of making you take every dirty thing I’m desperate to give you.”

And then he stopped talking because he didn’t want another fucking thing to interfere with him consuming her. Sweet and tart and clean, everything about her flavor was so Brea. He wanted to bottle it. He wanted to bathe in it. He wanted it on his tongue always.

He wasn’t gentle and he wasn’t slow as he ramped her up until her cheeks turned red and her fingernails dug tiny pinpoints of pain into him. And still he didn’t let up, just kept devouring her until she squirmed and squealed and finally begged.

When he felt her clit pulse and she tugged on his hair, pulling him deeper into her pussy, she was finally aching the way he was. One-Mile jerked free from her hold and eclipsed her body with his as he aligned his crest at her opening.

He pushed his way deep with one savage thrust.

Brea’s eyes widened. She cried out and arched, need clearly surging—just like his. “Pierce!”

“Want me to fuck you?” he growled in her ear, filling her frantically, trying to get as close to her as possible.

“Ache for me to fuck you for the rest of your life?”

Her eyes met his, looking so molten and hot. “Yes.” 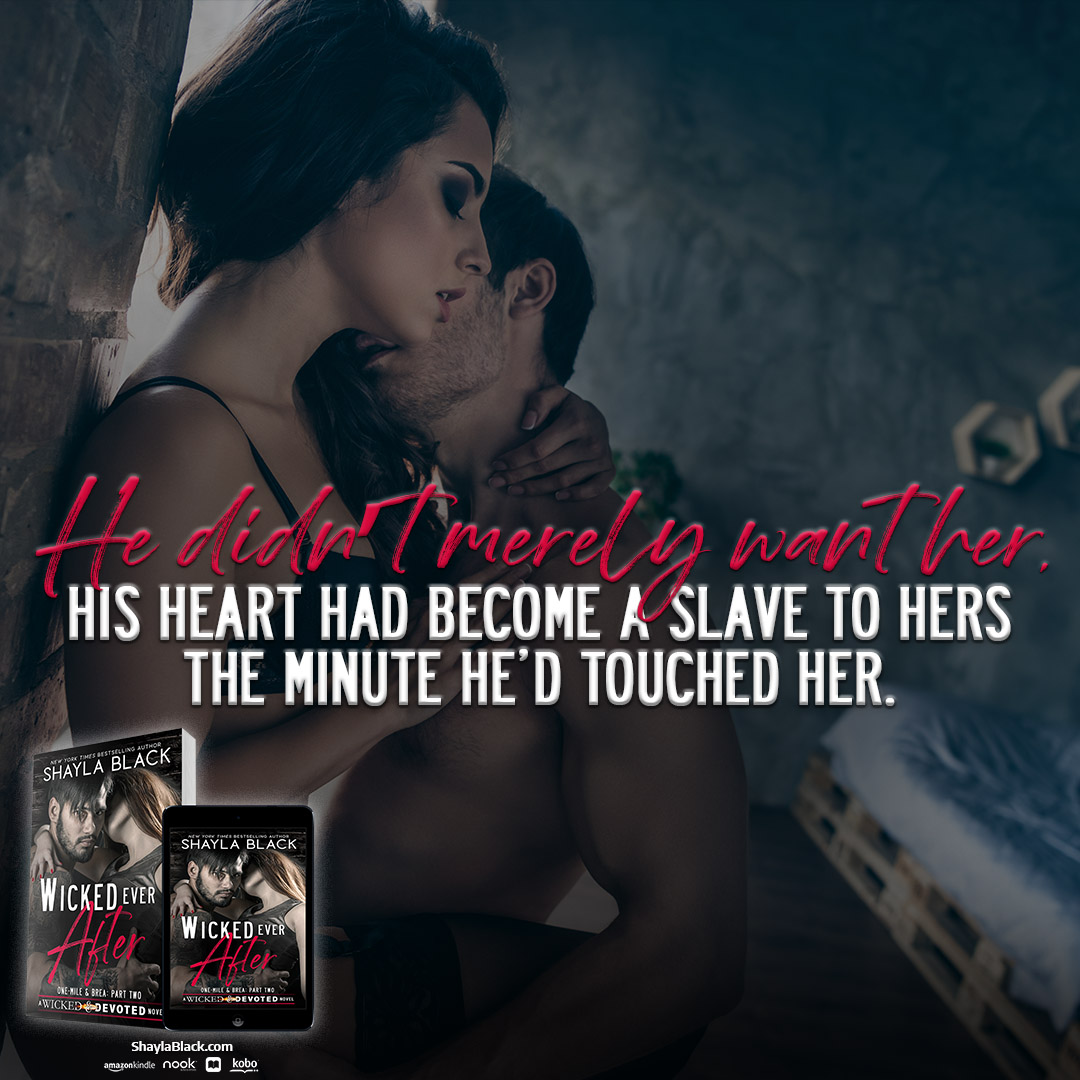