Seduced by the Spy is available NOW. Click HERE. Dismiss 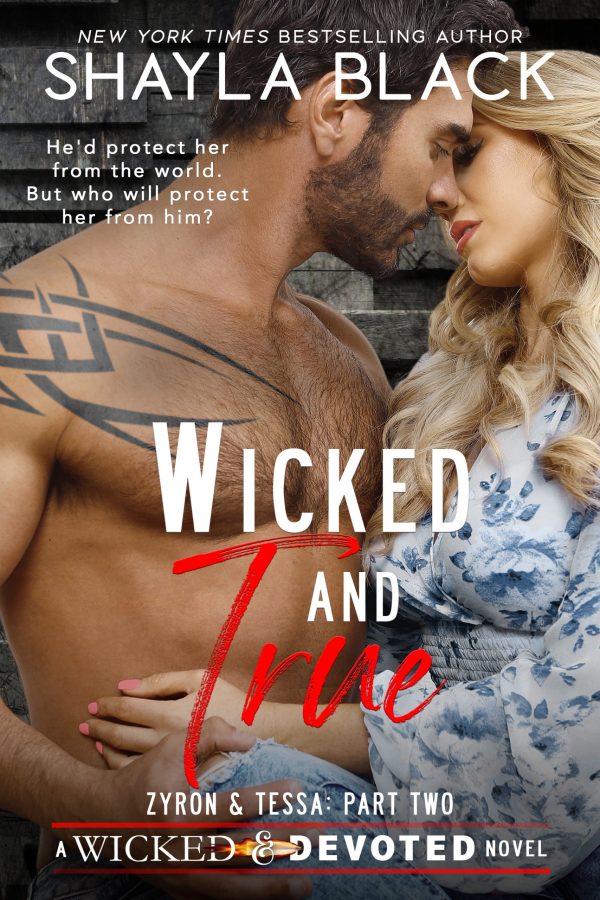 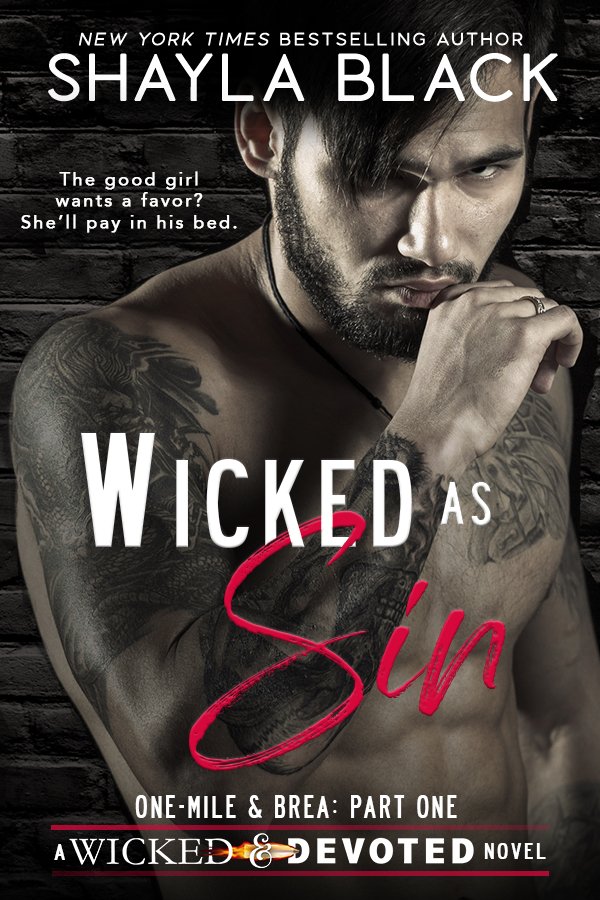 The good girl wants a favor? She’ll pay in his bed.Pierce “One-Mile” Walker has always kept his heart under wraps and his head behind his sniper’s scope. Nothing about buttoned-up Brea Bell should appeal to him. But after a single glance at the pretty preacher’s daughter, he doesn’t care that his past is less than shiny, that he gets paid to end lives…or that she’s his teammate’s woman. He'll do whatever it takes to steal her heart.Brea has always been a dutiful daughter and a good girl…until she meets the dangerous warrior. He’s everything she shouldn’t want, especially after her best friend introduces her to his fellow operative as his girlfriend—to protect her from Pierce. But he’s a forbidden temptation she’s finding impossible to resist.Then fate strikes, forcing Brea to beg Pierce to help solve a crisis. But his skills come at a price. When her innocent flirtations run headlong into his obsession, they cross the line into a passion so fiery she can’t say no. Soon, his past rears its head and a vendetta calls his name in a mission gone horribly wrong. Will he survive to fight his way back to the woman who claimed his soul? 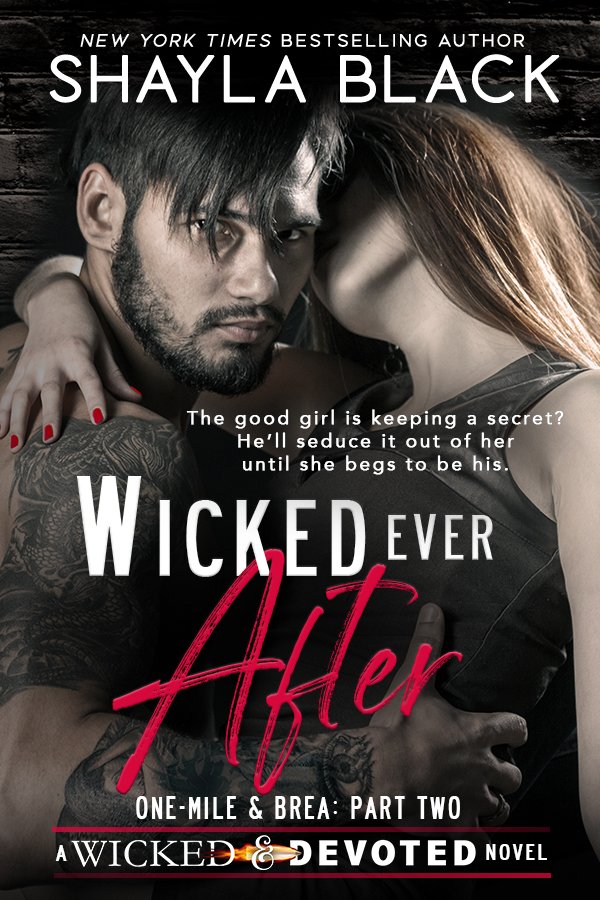 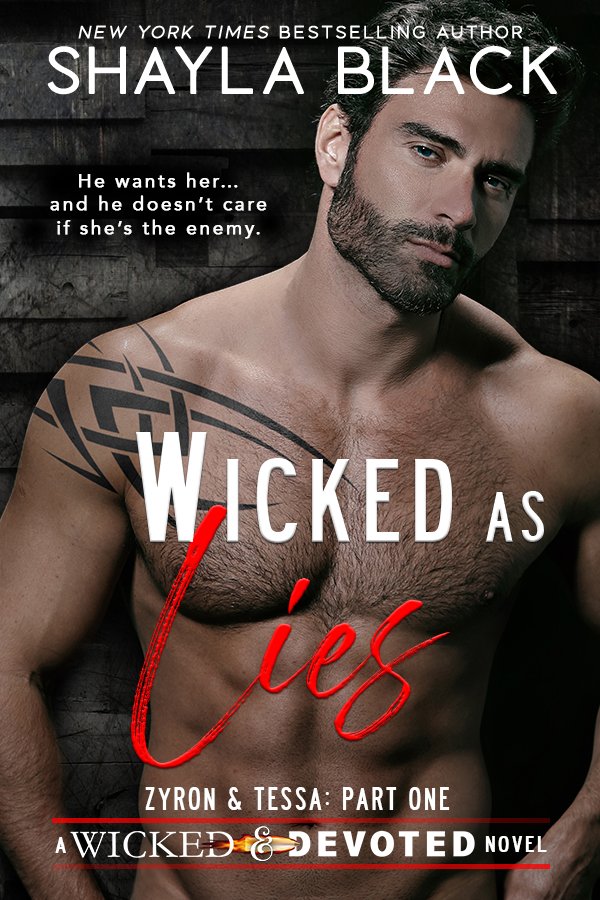 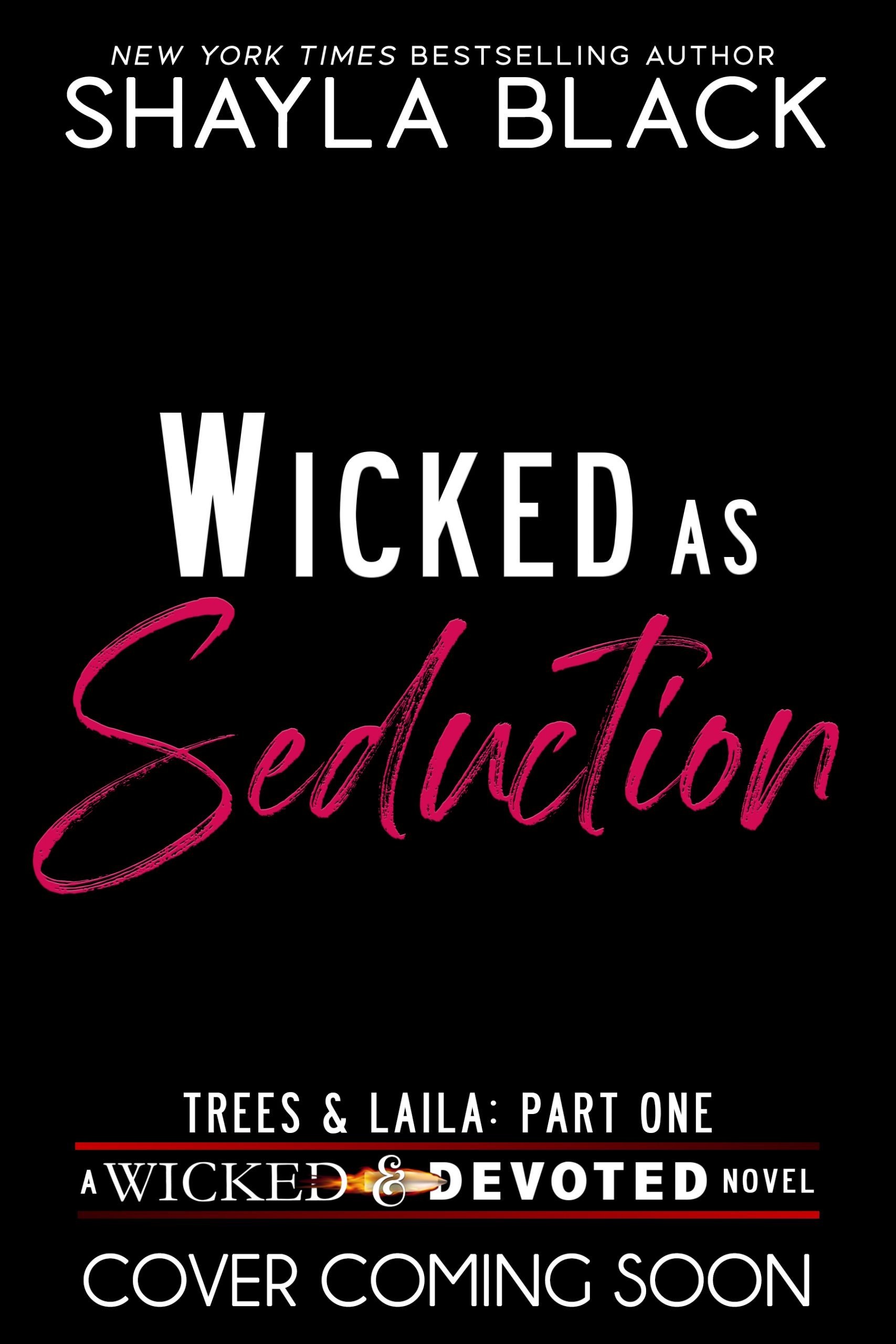 “She’s barely speaking to me.”

“What the fuck did you do, not lay her right?”

That wasn’t the problem. “The job called me out last night before I could even touch her. She seemed okay, though. Tired but not mad. This morning, she came into the office looking like she’d been sobbing. But nothing I’ve said or asked is persuading her to open up. She claims she has a migraine…”

“Why would she lie?”

“I don’t know.” It was a question Zy hadn’t been asking himself because he’d been too frustrated about the way the night had gone down. But maybe he should have.

“Tessa would have said so. Whatever upset her, when I stopped by her place, she refused to let me stay. But my gut tells me she didn’t really want me to go. So nothing makes sense.”

Trees sighed. “I know you don’t want to hear this, but…is there any chance she’s guilty?”

“C’mon, man. The bosses are convinced that either I’m their mole…or she is.”

“Maybe. But you know I’m clean because you searched my shit.”

“Then go fucking search the whole place before I get home. You won’t find anything, and you know it.”

“You haven’t searched Tessa at all. Hell, you’ve flatly refused to even consider her a suspect.”

Trees was right, but everything inside Zy rebelled. “It just doesn’t make sense. Tessa is no sort of spy. She doesn’t have the abilities or the connections or—”

“That you know of. But be logical. It’s not Hunter, Logan, or Joaquin.”

Since the sniper had been in rough shape when they’d rescued him last September, no. If he’d been in cahoots with the cartel, they wouldn’t have nearly killed him. “I know.”

“And it’s not Cutter or Josiah. They’re gone.”

“They are, but it’s not impossible that they were involved when they were here.”

“C’mon. The Boy Scout? The antiseptically clean former CIA agent? Do you really believe either of them would stoop to this level of shit?”

No, and as much as Zy hated to admit it, they’d been on other missions when danger had hit the fan. But he hated to acknowledge that out loud.

It didn’t matter; Trees inferred it for him. “That leaves Tessa, buddy.”

“It can’t be,” he said without even thinking.

Zy groped for a reply, thrilled as fuck when he stumbled on to one. “Because this shit started when she was on maternity leave. She wasn’t even around.”

Trees hesitated. “True, and I’m not convinced she is the guilty one. I’m just not sure who else it could be. Let me ask you this: what happens if you don’t figure out who EM’s mole is?”

“She’s fired.” So are both of us. Zy didn’t say that, mostly because the bosses were still down an operator. Replacing two more at once would be a bitch and that could buy them a little more time, but Tessa… In their eyes, she was both expendable and easily replaceable.

“Look, when I get back, I’ll sit down and perform a thorough, top-to-bottom scan of all the internal systems. I’ll even come in on a weekend and scan every single person’s computer so I’m not in anyone’s way. But until then, you need to prove you can rule her out completely.”

“How the fuck am I supposed to do that?” But Zy knew. He’d run a double-cross disinformation mission before.

“Stop playing games with yourself, man. I know you love her—”

“I fucking bought her an engagement ring today.”

“Wouldn’t you rather know now if you should give it to her?” 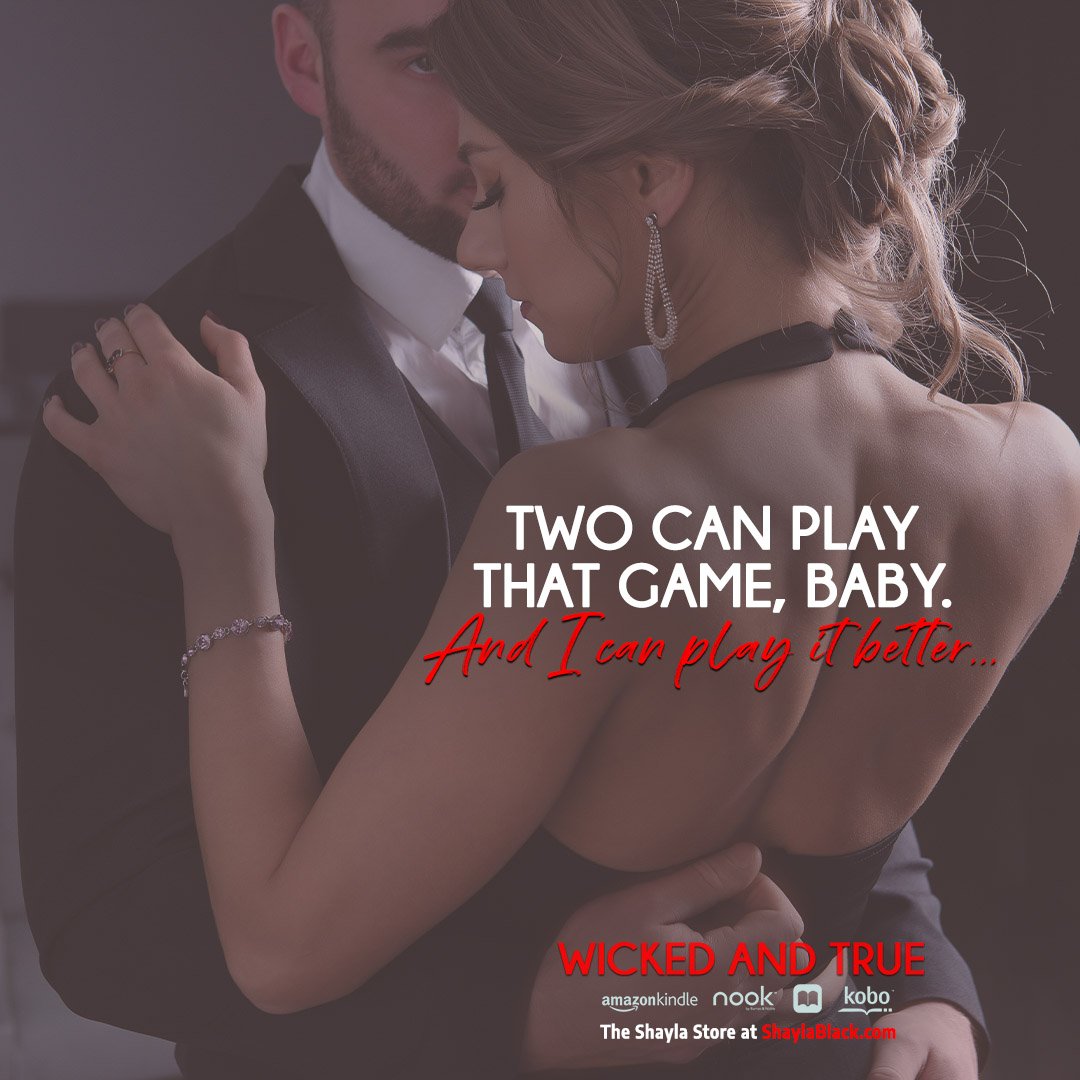 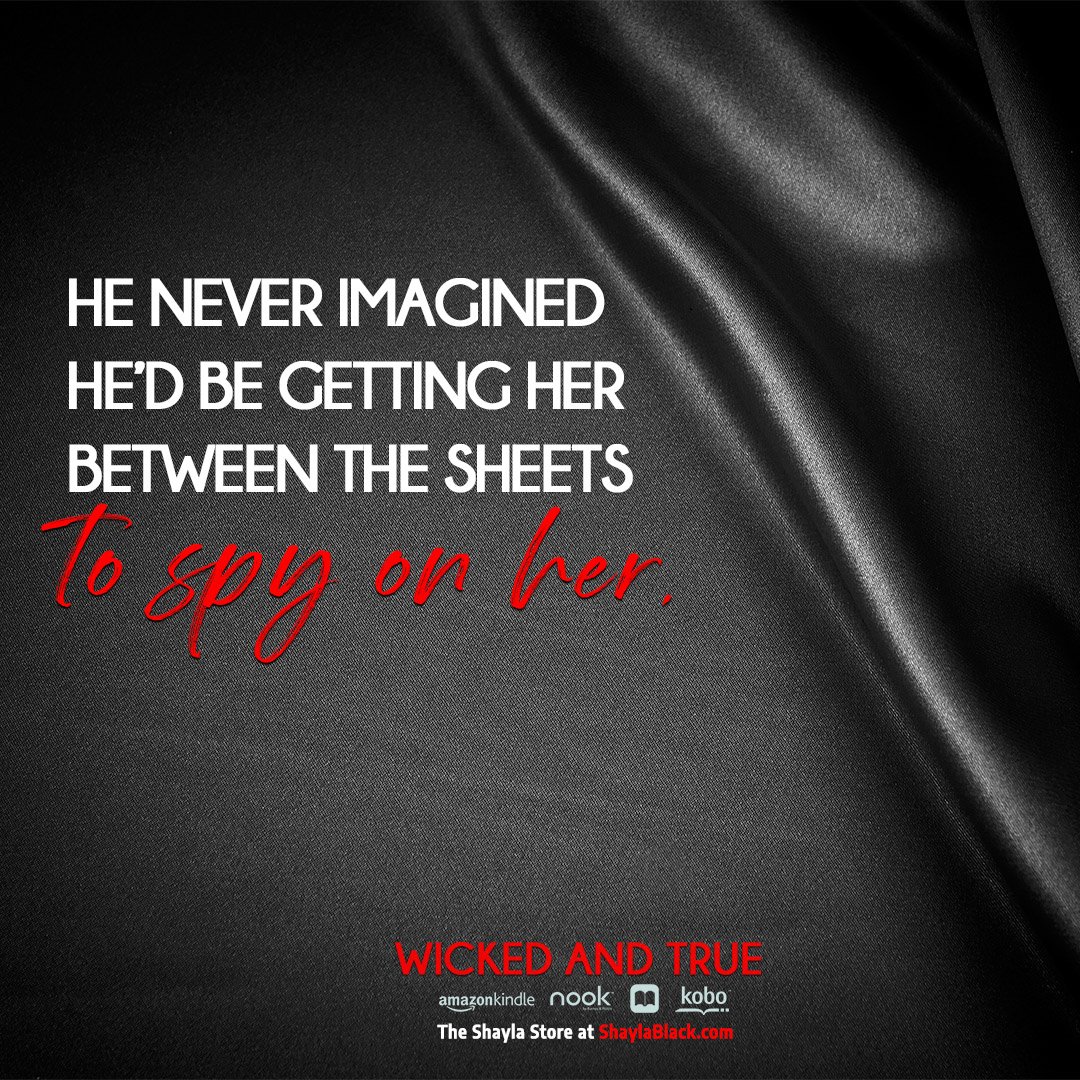 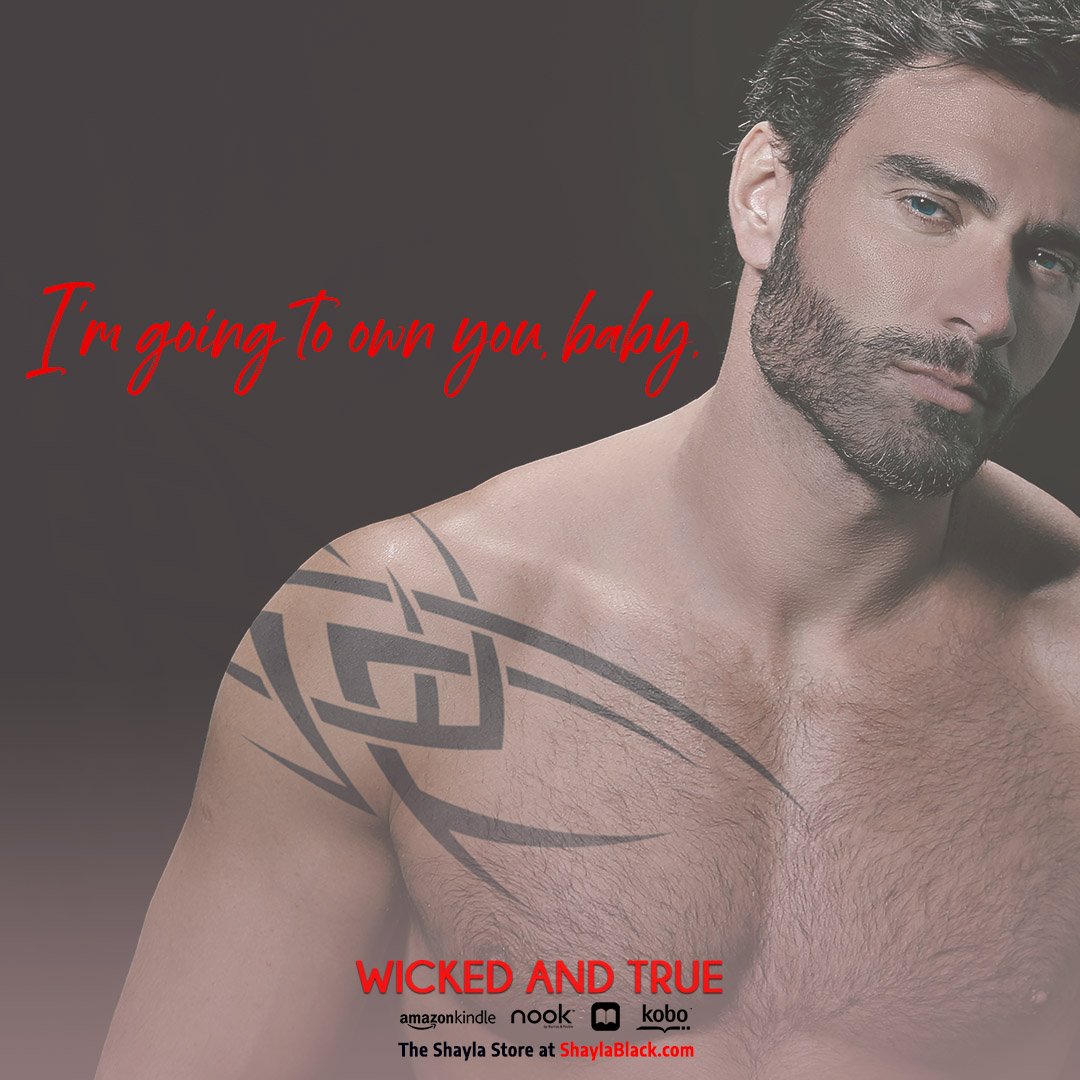 More than 5 Stars! “This wicked story packs quite a punch! This finale is action-packed, nail-biting, on-the-edge-of-your-seat, mind-blowing AMAZING!!!” – Goodreads reviewer

5 Stars! “Wicked and True is a rip roaring rollercoaster of a book.  You won’t be able to put it down!” – Goodreads reviewer

5 Stars! “Zy is super dream worthy. I will be dreaming about this book boyfriend for quite some time. This duet has been absolutely AMAZING!!”

5 Stars! “ Be warned – once you start this book you will not be able to function in real life until you get to the very end. Once again Shayla Black does not disappoint!” – Goodreads reviewer

5 Stars! “A captivating read with strong writing and characters whose story you cannot help but become invested in.”  – Goodreads reviewer

5 Stars! “I couldn't stop reading it. I laughed, I cried, and I got ticked off (big time) but it just made me fall harder for these two.” – Goodreads reviewer

5 Stars! “A fast-paced story that will have you on the edge of your seat wondering what will happen next.” – Goodreads reviewer

5 Stars! “Shayla Black draws you into her stories with her wonderful characters and her range of emotions that leave you breathless.” – Goodreads reviewer

5 Stars! “Shayla did not disappoint. Cannot wait for the next book in this series!” – Goodreads reviewer

An emotional rollercoaster ride! “The love they both have for each other is priceless.” – Goodreads reviewer