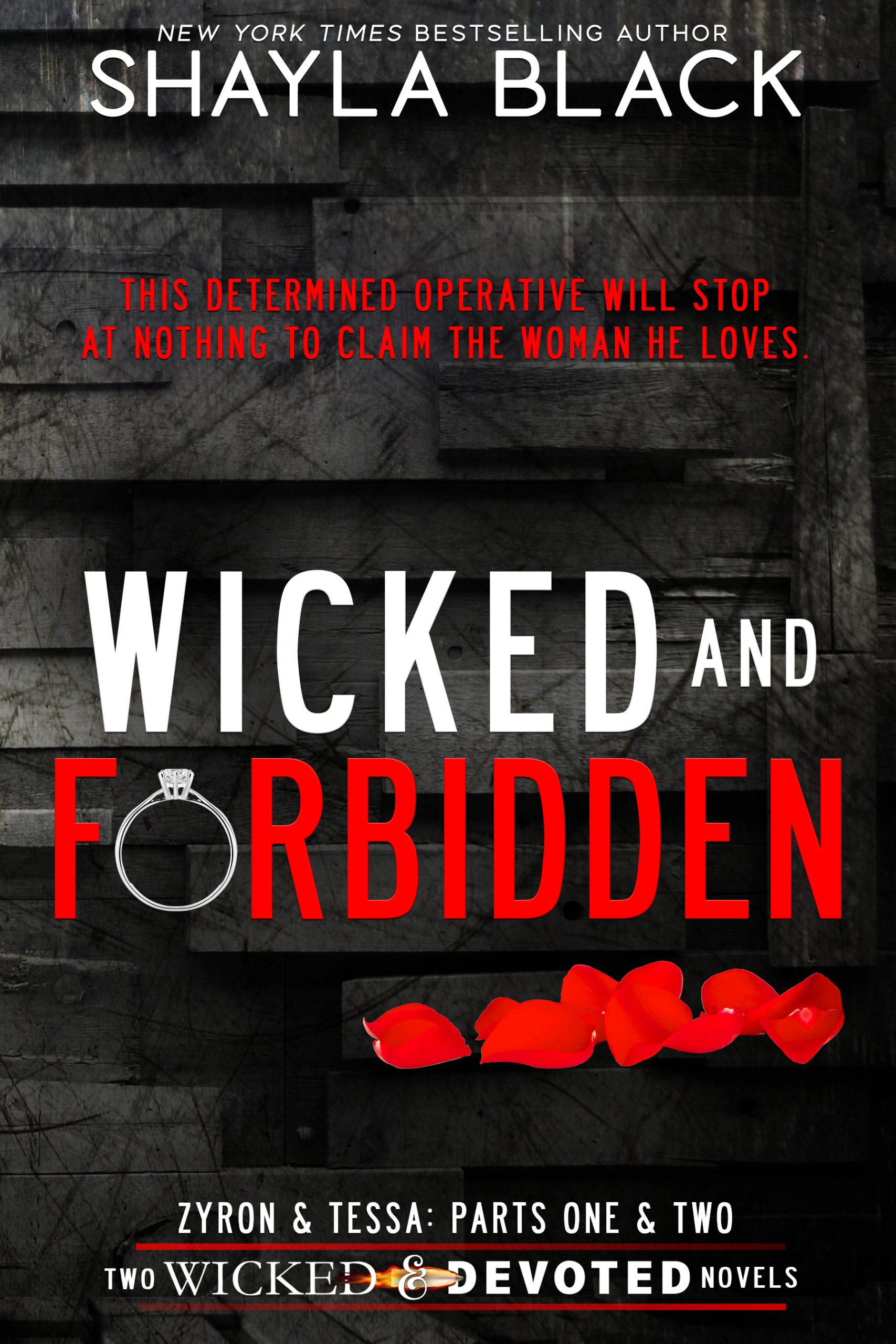 Wicked and Forbidden is their complete, uncensored story. This collection includes:

Wicked as Lies: He wants her…and he doesn’t care that she’s the enemy. 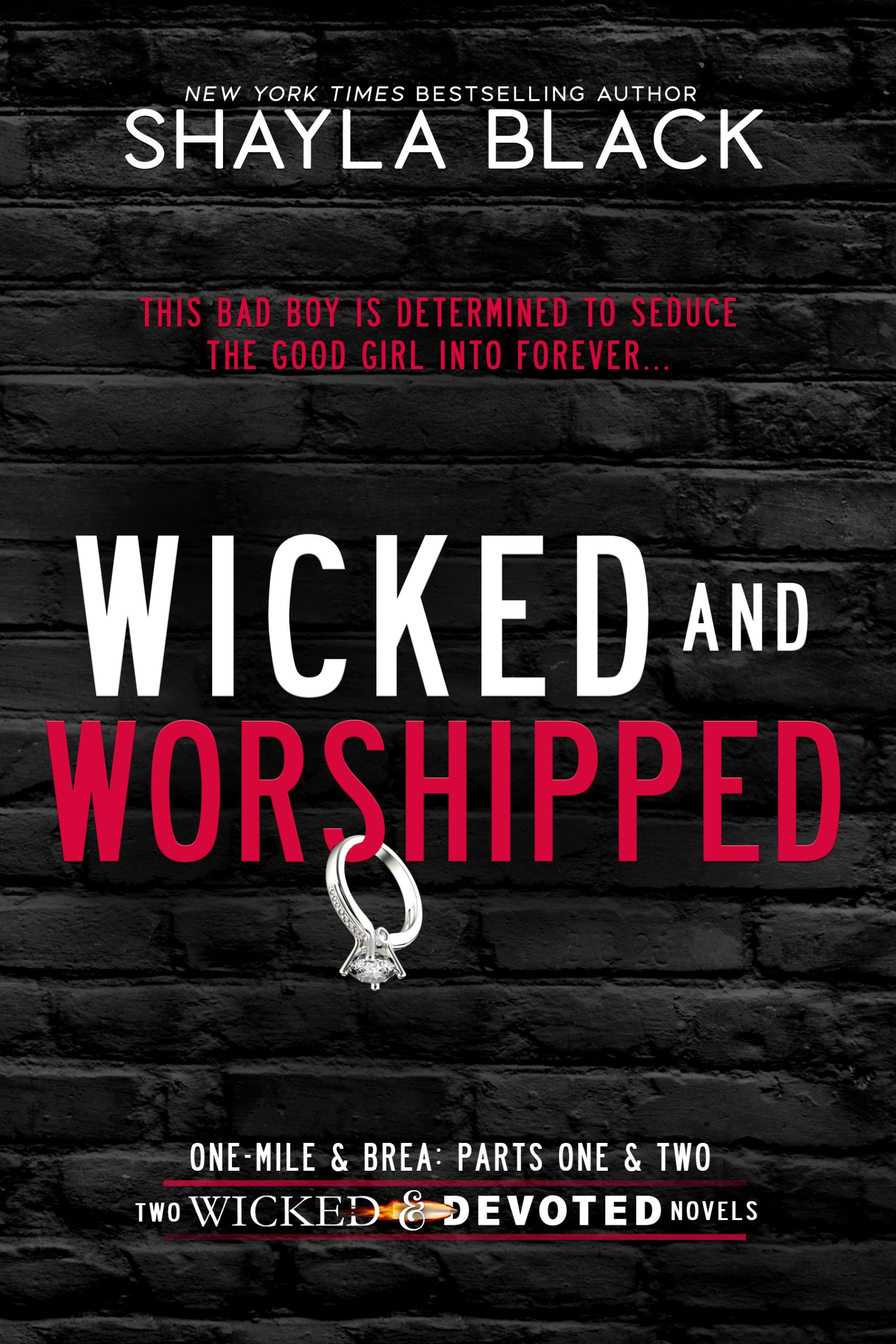 Bad boy sniper Pierce “One-Mile” Walker takes one look at good girl preacher’s daughter Brea Bell and decides to make her his—regardless of the obstacles in his path. Wicked and Worshipped is their complete, uncensored story. This collection contains:

Wicked as Sin – She begged him to rescue his enemy from death. In exchange, he demanded her body…
Wicked Ever After – The good girl is keeping a secret? He’ll seduce it out of her until she begs to be his.

Wicked and Forbidden is their complete, uncensored story. This collection includes:

Wicked as Lies: He wants her…and he doesn’t care that she’s the enemy. 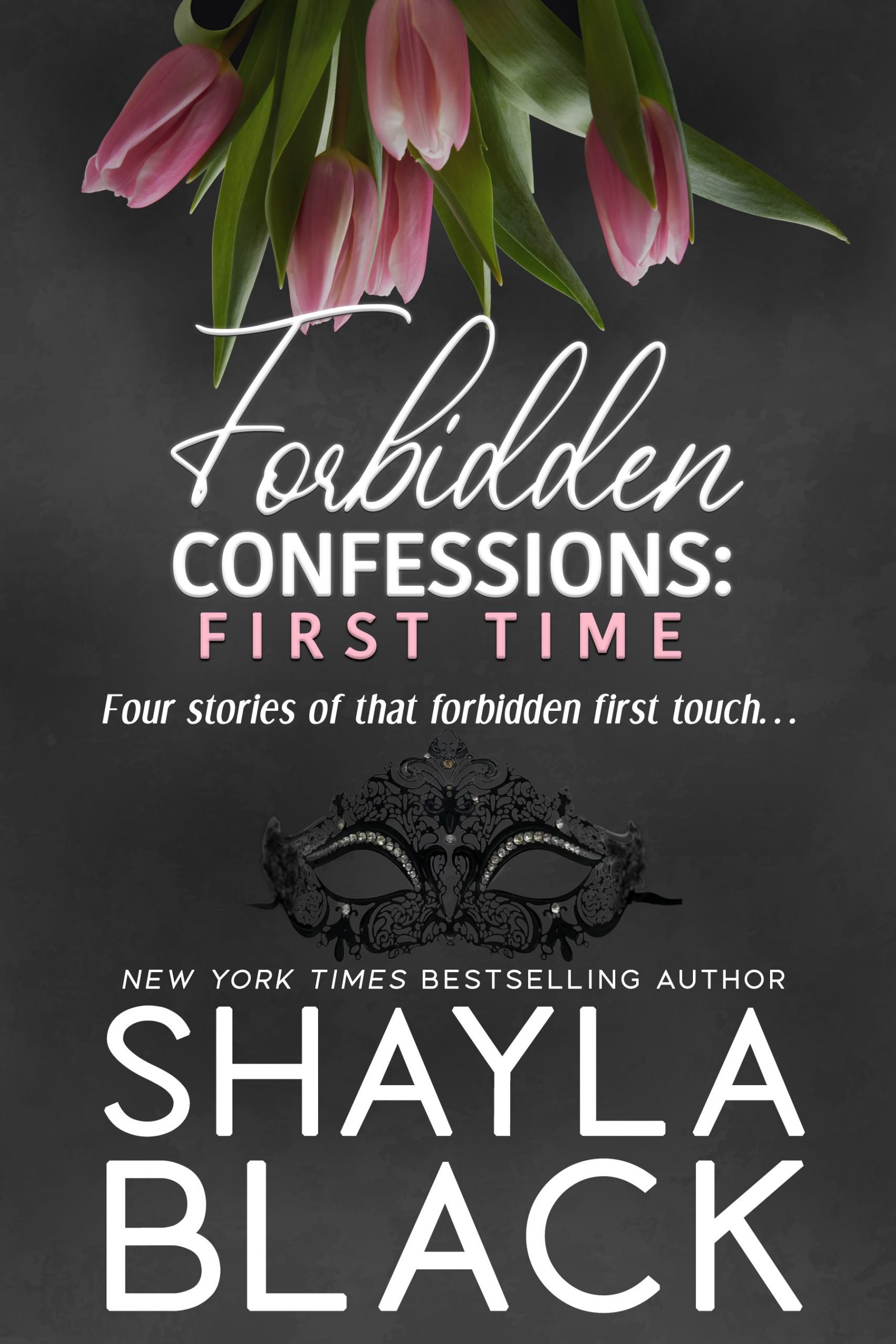 Falling for the forbidden is never something you plan. Here is my confession…

Seducing The Innocent, Book 1
Just how far will she go to keep her secret crush?

Seducing The Bride, Book 2
Just how far will he go to claim her?

Seducing The Stranger, Book 3
Just how deep will she fall after one night with a hot stranger?


Seducing The Enemy, Book 4
Just how far will he go to take his pound of flesh from her? 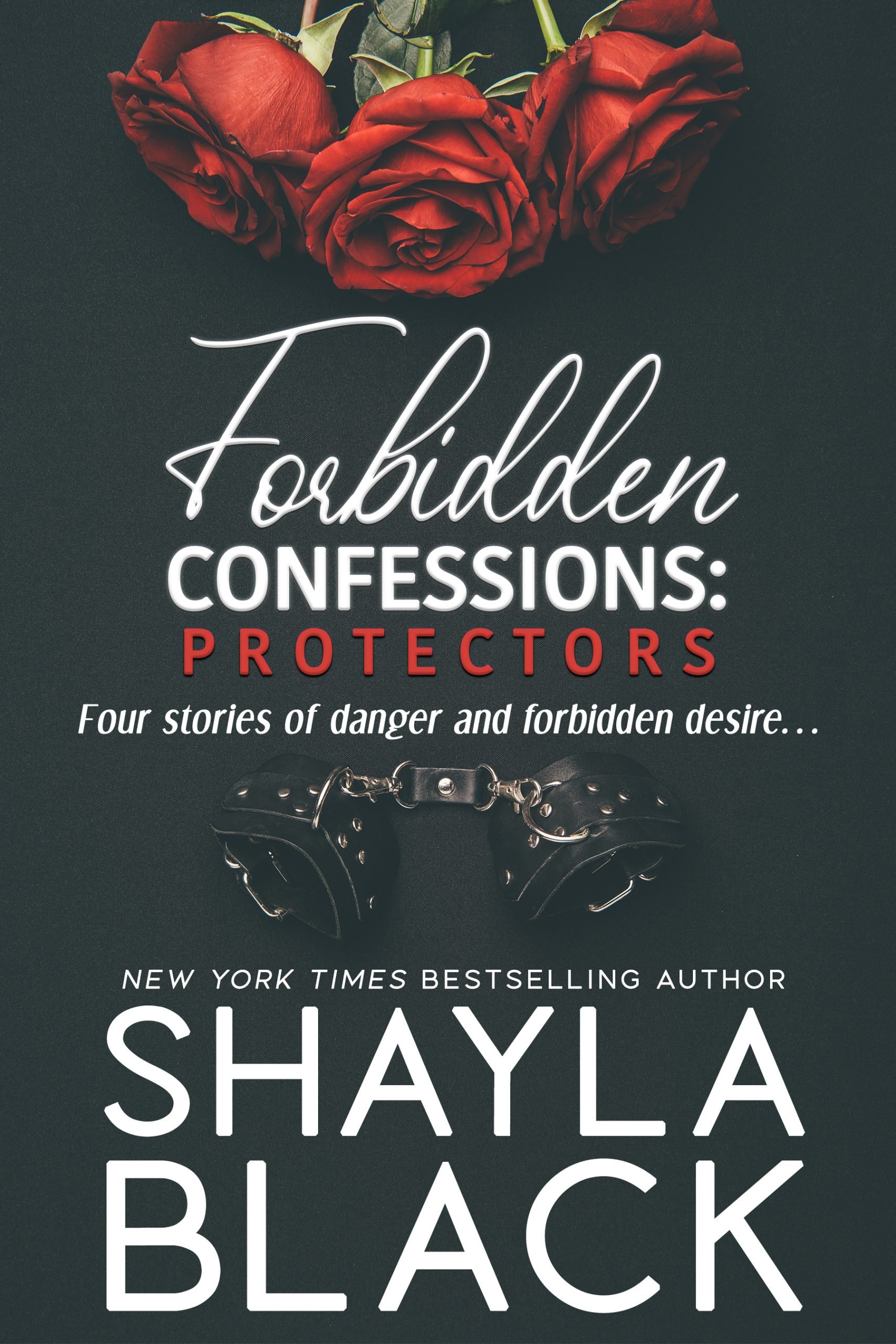 Falling for the forbidden is never something you plan. Here is my confession…

All 4 of the Forbidden Confessions: Protectors series in one print book!

Seduced by the Bodyguard, Book 5
What will he demand in exchange for keeping her safe?

Seduced by the Spy, Book 6
What will she surrender to him for his protection?

Seduced by the Assassin, Book 7
What lengths will he go to in order to claim his babygirl? 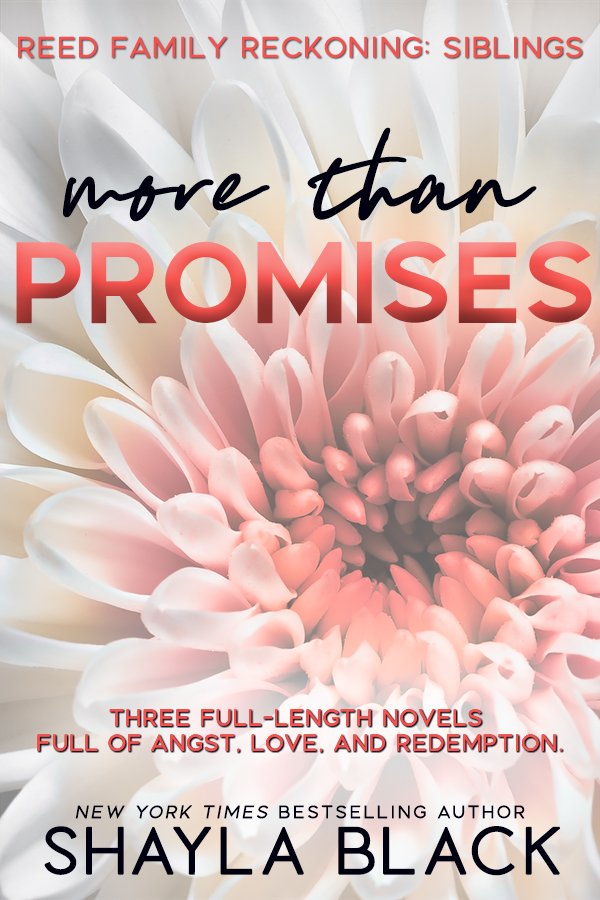 More Than Want You
I wanted nothing more than revenge…until her.

More Than Need You
I needed to win more than anything…until her.

More Than Love You
I loved being a player in all ways…until her. 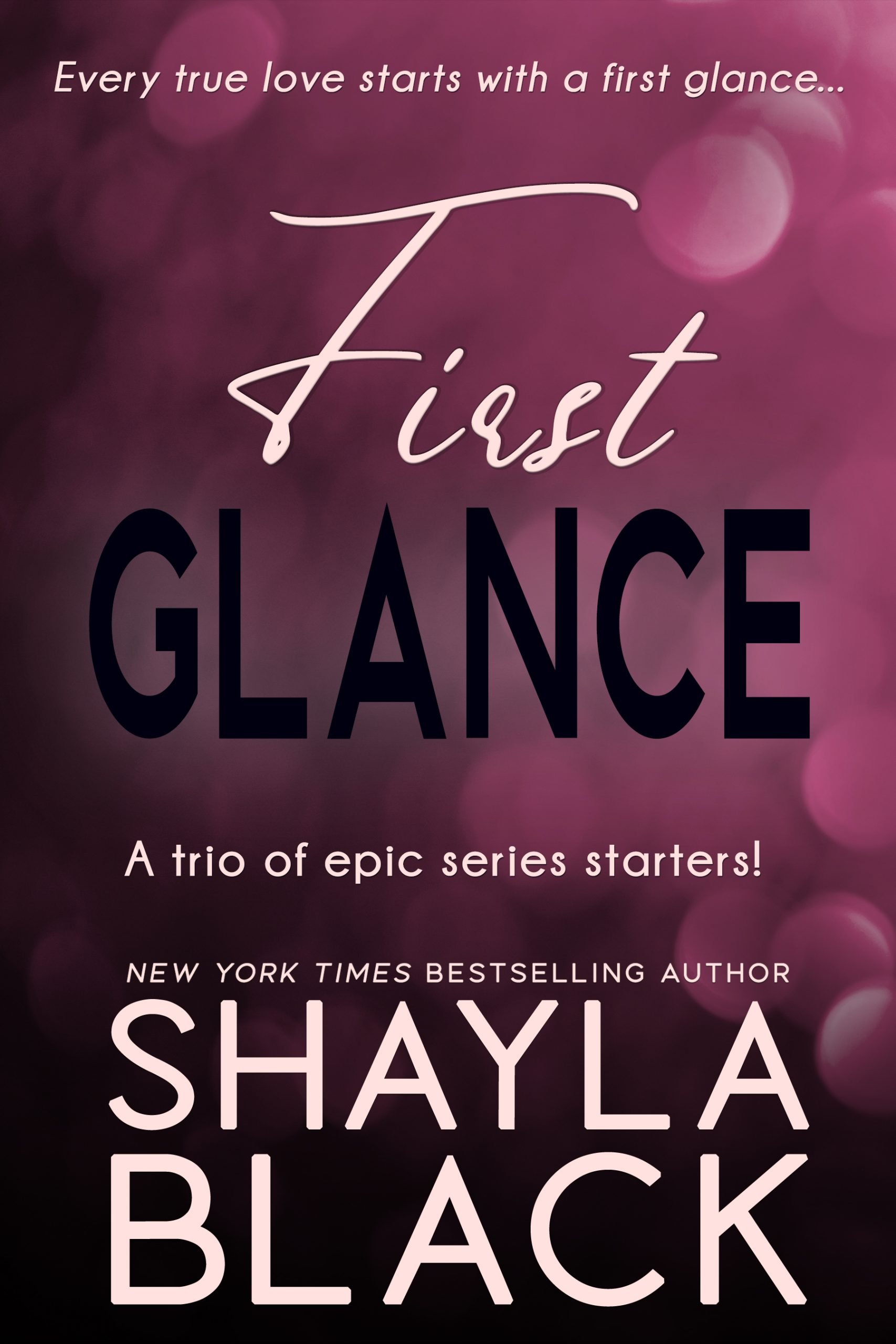 Every true love starts with a first glance…

How about an emotional contemporary romance?
Start More Than Want You – Reed Family Reckoning series.
There was nothing driven real estate mogul Maxon Reed wanted more than revenge…until he hired free spirit Keeley Kent to distract his enemy. 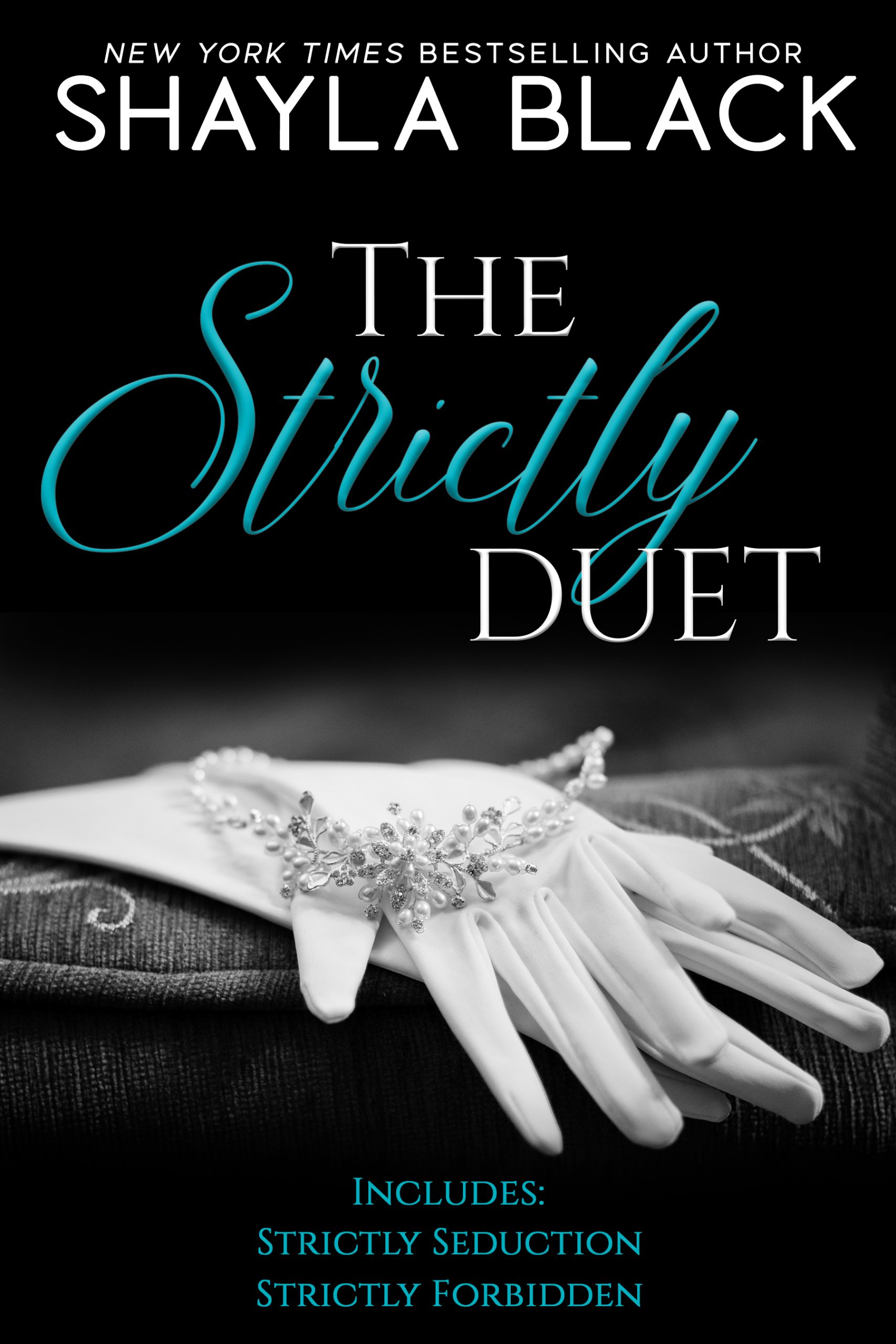 Chase Garrett, known to most as Zyron, stepped off his bike and locked up his helmet. His hands fucking shook. On the long walk up the shadowy path to the familiar front door, he let out a slow breath. Calm wasn’t happening.

He’d waited forever for the right to touch Tessa Lawrence. He’d been her friend, her co-worker, and her protector. But most of all, he wanted to be her lover.

Today, everything had changed. So tonight, that might finally happen.

Night enveloped him, chilly, still, and clear. Stars winked in a vast midnight sky. The world seemed to have stopped, as if it held its breath in anticipation. Or maybe that was just him, working to keep his lungs functioning and his head screwed on straight. Thoughts of Tessa made him hungry and desperate. Always had. He’d never craved a woman the way he did her.

Would she finally say yes?

At the front door, he knocked and told himself he wasn’t making a mistake. He wanted to do this. Yeah, but he hadto do this. His bosses hadn’t left him any choice.

It took a minute, but the porch light came on. He sensed Tessa on the other side, saw a shadow pass in front of the peephole. Finally, she eased the door open. Her face was bare, her blond hair in a messy bun on top of her head. Her bottom lip was rosy and puffy, as if she’d been chewing on it nervously. She wasn’t wearing anything fancy, just a plain set of long-sleeved cotton pajamas in a muted green with a simple satin trim, but they hugged every curve of that body he’d craved for ten seemingly endless months. They also told him she wore nothing underneath.

All his blood rushed south. He started to sweat.

“Zy.” She sounded surprised, but she looked as if she’d half been expecting him. “What are you doing here? It’s getting late. Is everything okay?”

“Did you really think that, after today, I wouldn’t come?”

“Is Hallie asleep?” he asked of her infant daughter.

“She fought some, but I got her down about thirty minutes ago.”

He enjoyed spending time with the little girl, but she was a distraction they didn’t need tonight. “Good. Can I come in?”

She hesitated. “I don’t know if that’s a good idea.”

“Did you get a new contract today?”

Another hesitation before she nodded. “Joaquin emailed it to me.”

“Zy…” She bit her lip again, this time as if she tried to stop herself from answering.

He wasn’t letting this go. He’d waited for her. He’d wanted her. And he intended to take her. “Did you?”

“So did I, first thing this morning. The restrictions keeping us apart are gone.”

“There are no more buts, Tessa.”

Finally, she nodded. “How did you know?”

“The bosses told me.”

She wasn’t asking why they’d rewritten the employment contracts and rescinded the clause that had prevented them from having any non-work contact of a sexual nature. No doubt the trio of bastards they worked for had fed her some story. They were good at that. Probably why they were successful. No, Tessa wanted to know why they’d told him about her contract.

Because they want me to get close to you, to fuck you, and find out if you’ve been selling us out. Right now, I hate my goddamn job…but I want you more. “Because when they changed mine, I asked about yours. You know why.”

Good. “Can you think of a single reason I can’t come in, strip you down, and make love to you? Tell me right now.”

Even by the dim lights of the porch, he saw color flush her cheeks. “Did you mean what you said on Christmas Eve?”

Tessa dragged in a shaky breath as she stared at him with big green eyes. Finally, she stepped back, her baby-pink toe nails a soft splash of color against the white tile of her foyer. “Then there’s no reason at all. Come in.”

5 Stars! “I loved this one better than the others, bring on more Zy and Tessa.” – Goodreads Reviewer

5 Stars! “Once you start you won’t be able to put down. [It] will draw you in, keep you going and begging for more. A definite must read! .” – Goodreads Reviewer

5 Stars! “the perfect blend of suspense, intrigue and fantastic characters and will keep you hanging on to the edge of your seat waiting and wondering what would happen next.” – Goodreads Reviewer

Loved this book! “There was chemistry, alpha protectiveness, and the development of a great love story.” – Goodreads Reviewer

5 Stars! “I was addicted by the end of the first chapter. Loved Wicked as Lies, my top read of the year so far!” – Goodreads Reviewer

5 Stars! “Another amazing story in the Wicked and Devoted series. I wait with bated breath for the conclusion of this story.” – Goodreads Reviewer

5 Stars! “It is the most heart-wrenching cliffhanger and I volunteered to review this marvelous captivating story.” – Goodreads Reviewer

5 Stars! “The chemistry between these two is off the pages. The love story between Zryon and Tessa is so well written and has you gripped with laughs and has you crying over the situation that their job has put them in.” – Goodreads Reviewer