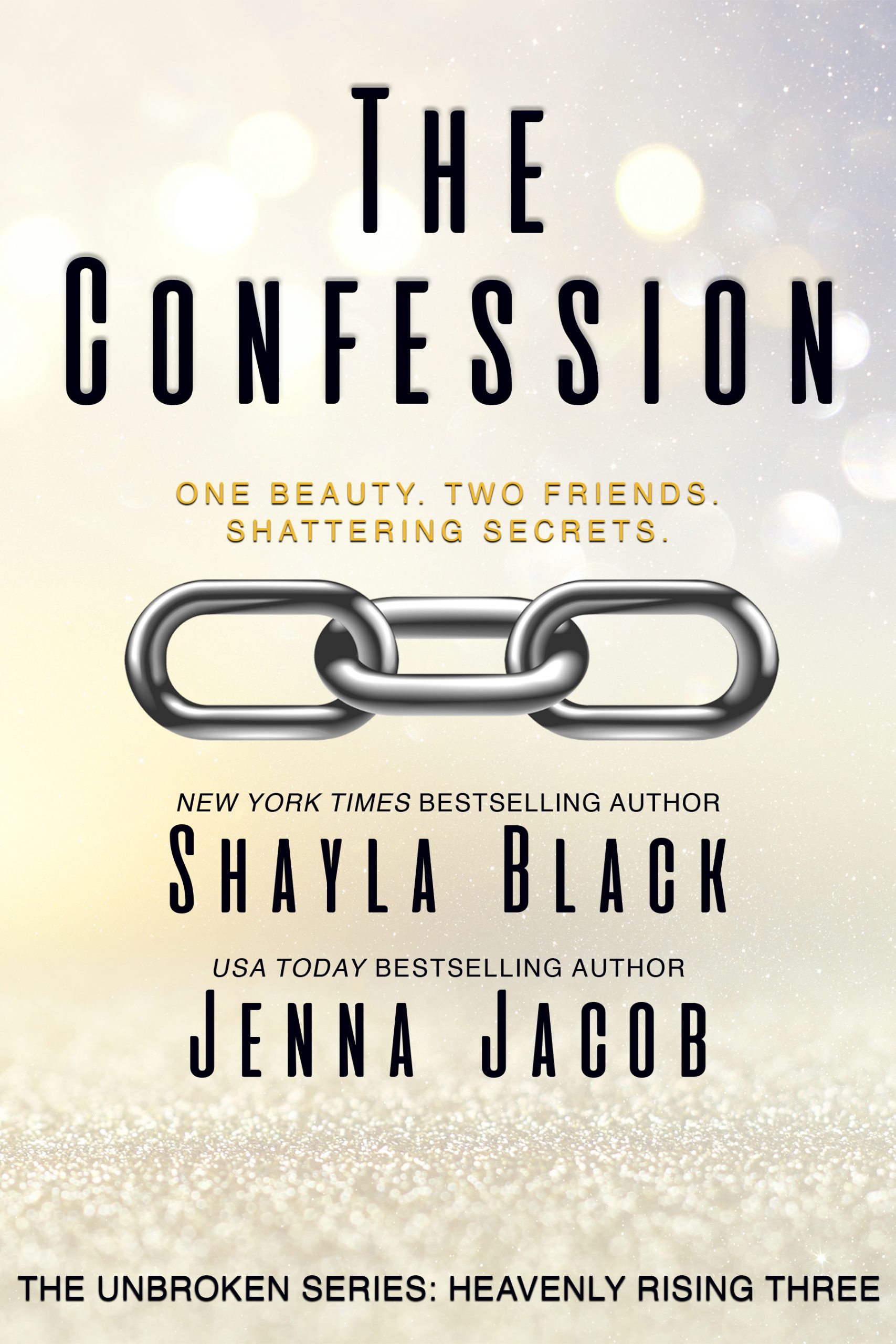 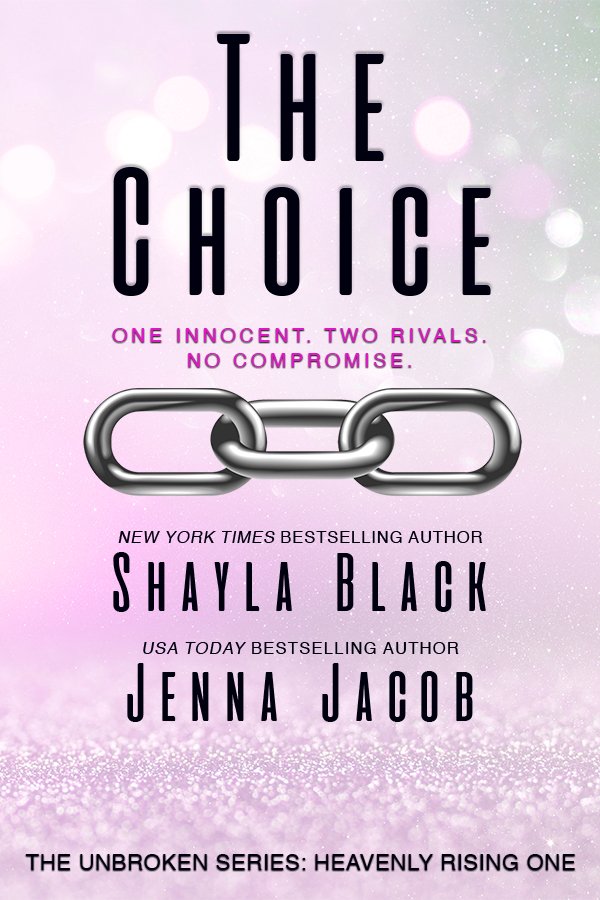 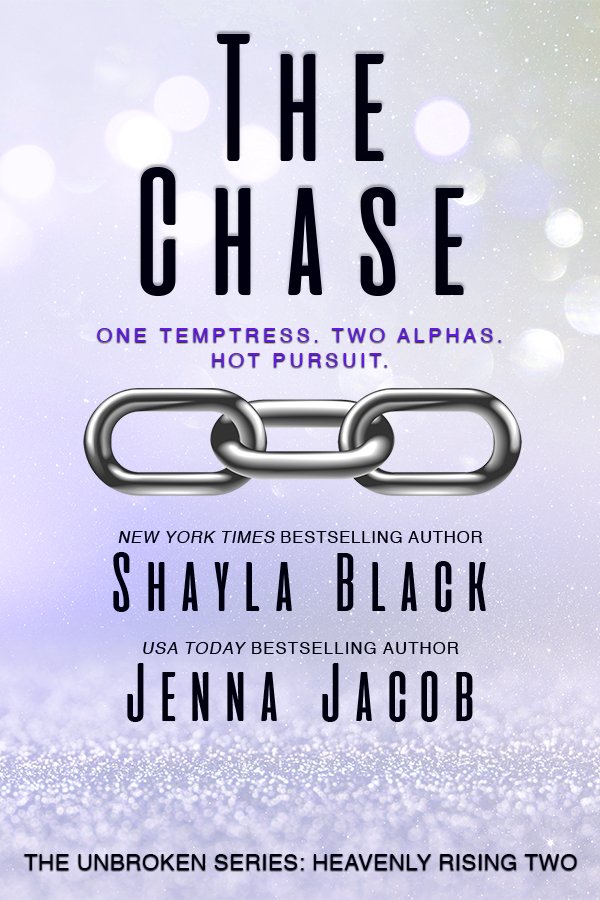 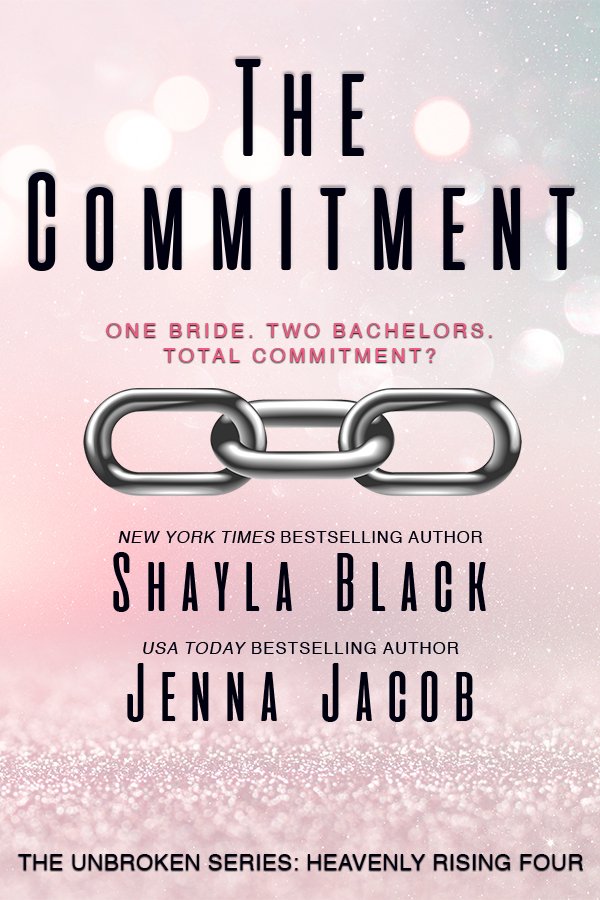 You are cordially invited to join Beck, Heavenly, and Seth for the epic conclusion of the Heavenly Rising saga, The Commitment, coming July 25, 2023!

The Unbroken Series: Heavenly Rising
The Choice
The Chase
The Confession (August 2, 2022)
The Commitment (July 25, 2023)

The foyer was empty, the stairs leading up to Cooper Investigations West dark. At the top of the landing, he paused, letting his eyes adjust to the blinding light from Seth’s desk lamp until he could see beyond it.

And there he was, sprawled on the couch, his head on a pillow that had seen better days, bundled up with an old blanket, his feet hanging over the side. One arm dangled and dragged the floor. And with his next breath, he snored like a chainsaw.

Sighing, he approached the slumbering PI and nudged his shoulder. “Hey, wake up. We need to talk.”

Seth jolted upright and blinked, bleary-eyed. “Beck? What the hell are you doing here?”

“That’s what I want to ask you. When you told Heavenly you were all wrapped up, I didn’t think that meant with your blanket on your too-short sofa in your office. Want to tell me why you’re not at home in bed with us?”

“What time is it?” He glanced at his watch. “Almost midnight? Shit… I was working here. Still more to do, but I hadn’t slept in days, so I lay down to nap for a few minutes. I didn’t think I’d be safe to drive home, otherwise. I didn’t mean to conk out.”

Yeah, Seth probably hadn’t slept in days. He definitely hadn’t last night since he’d come in from the cheating-spouse case, then left immediately for Palm Springs. He hadn’t slept much the night before the battle, either. Beck would concede that, but… “Why didn’t you call? We would have picked you up and brought you home.”

“I thought a twenty-minute power nap would be enough. Then I planned to tackle the rest of my to-do list. It’s not a big deal. Why are you here, up my ass?”

Really? “Up your ass? Oh, I haven’t even started to put my foot up your ass yet. You didn’t see Heavenly’s face when you said you weren’t coming home. Again. Are you avoiding us because you know we’re going to ask questions you don’t want to answer?”

“No, man. Work is just fucking busy. This case…”

“You mean the one you and River solved today?”

Surprise crossed Seth’s face before he banked it. “He told you that?”

“Yep. When he told me how to get into this place. So if it’s not the case anymore—”

“I still have paperwork. I still run a business. That shit takes time, you know.”

“Yep. I deal with paperwork and patient charts every fucking day. I still manage to come home to our girl most nights.” Beck leaned in, pointing a finger in Seth’s chest. “Want to know what I think?”

Seth rolled his eyes. “Even if I say no, you’re going to tell me.”

“Damn straight. You opened your mouth at the lodge and said something you wish you could take back. Now you’re trying to backpedal by lying to us—and yourself. For some reason, the truth bothers you. I don’t think you finished grieving your family and—”

“The fuck I didn’t. I went through days of denial. I buried them, still trying to grapple with what the hell had happened. You think I wasn’t angry? Oh, fuck, was I ever. Furious. Lava-hot, gut-churning rage like I’d never felt in my goddamn life. I tried to bargain with God and anyone I thought would listen. I would have gladly slit my own throat if I thought it would bring them back, but that shit never works, and we all know it. So I moved on. I spent the next few years depressed as fuck. I stopped going to Graffiti. I couldn’t stand Christmas. I just wanted every well-meaning friend and family member to leave me the fuck alone. Of course they wouldn’t, especially my mom. And finally, I accepted that the wife and child, who were my responsibility, were gone and that they had died on my watch.” Seth poked Beck in the chest and sent him stumbling back a pace or two. “So fuck your theory that I haven’t finished grieving.”

“Okay.” He held up his hands. “So you have survivor’s guilt?”

“Wouldn’t you? Didn’t you have survivor’s guilt about Blessing? Imagine that shit times a hundred.”

“Yeah, I did. And I ended the bastard who killed her. What did you do? Because I know you didn’t kill them yourself and you didn’t let their deaths go unpunished. Is that why you ‘went off the deep end and did things you’re not proud of?’”

“Yeah. But that’s all water under the bridge now.” 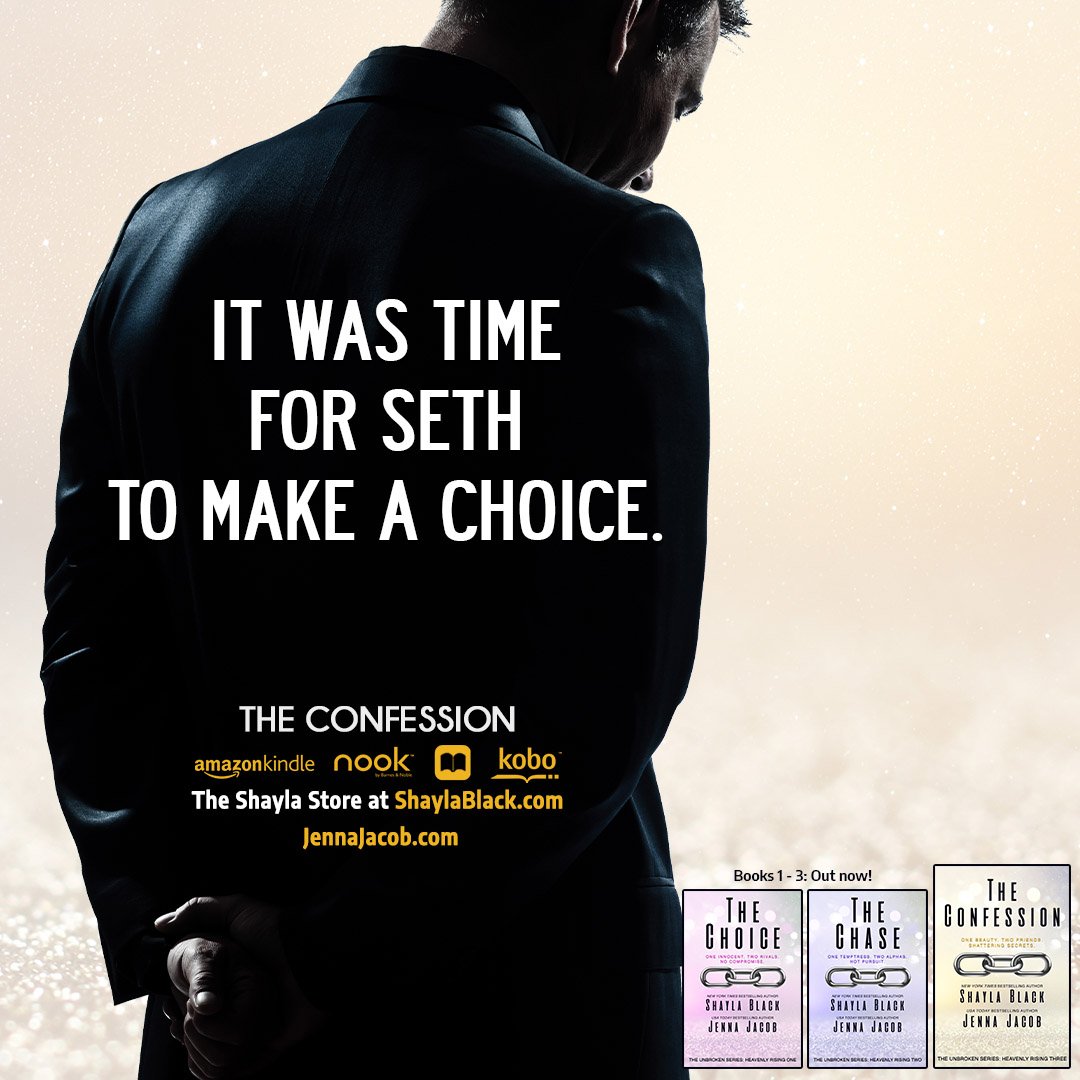 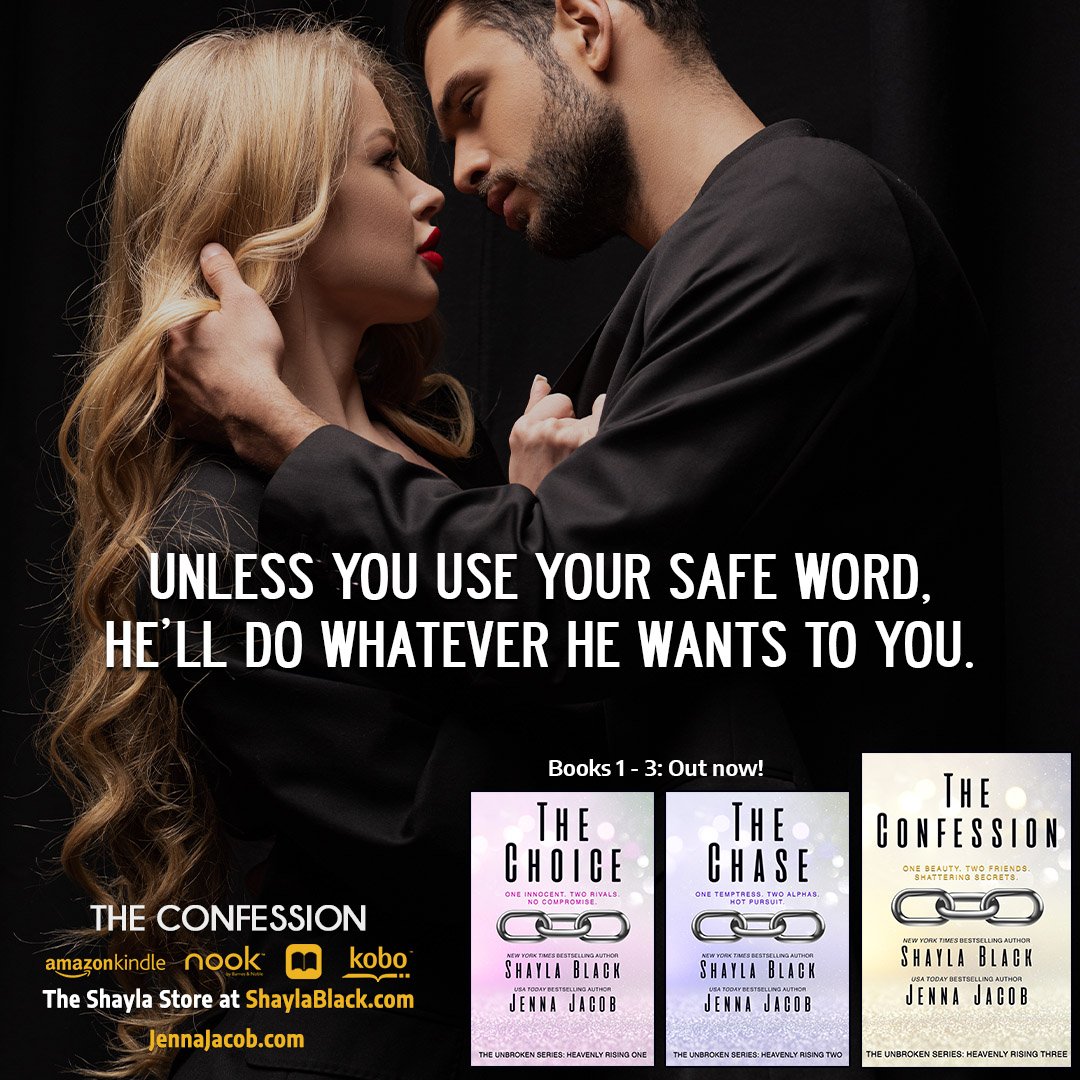