Can these reunited lovers unravel a web of danger and trust each other again before it’s too late?

Years ago, Naval officer Dax Spencer and NCIS agent Holland Kirk indulged in a steamy affair—until she betrayed him in the wake of his father’s death. Dax tried to put her behind him with a payback of his own. But he never forgot Holland…

Now, as Dax and his fellow Perfect Gentlemen unravel a web of lies, he discovers his family’s tragedy is part of a much larger conspiracy. Soon, all clues point him back to New Orleans…where Holland waits, protecting her deadly secret and holding a torch for the only man she’s ever loved.

Once reunited, they can’t fight the passion flaring hot and wild. But something sinister lurks around every corner, from the elegance of the Garden district to the beauty of the bayou. Dax and Holland may find their way back to each other—if they survive…

A one-night stand leads to scandal, murder, and intrigue. Will they make it out alive?

Maddox Crawford’s sudden death sends Gabriel Bond reeling. Not only is he burying his best friend, he’s cleaning up Mad’s messes, including his troubled company. Grieving and restless, Gabe escapes his worries in the arms of a beautiful stranger. But his mind-blowing one-night stand is about to come back to haunt him . . .

Mad groomed Everly Parker to be a rising star in the executive world. Now that he’s gone, she’s sure her job will be the next thing she mourns, especially after she ends up accidentally sleeping with her new boss. If only their night together hadn’t been so incendiary—or Gabe like a fantasy come true . . .

As Gabe and Everly struggle to control the heated tension between them, they discover evidence that Mad’s death was no accident. Now they must bank their smoldering passions to hunt down a murderer—because Mad had secrets that someone was willing to kill for, and Gabe or Everly could be the next target . . .

When a CIA agent bodyguards an idealistic senator’s daughter by posing as her lover, can they stop a deadly conspiracy?

Recruited into the CIA at a young age, Connor Sparks knows how dirty the world can be. Only when he’s with his friends can he find some peace. So when an anonymous journalist threatens one of the Perfect Gentlemen, Connor vows to take down the person behind the computer, by whatever means necessary—even if it means posing as his target’s bodyguard.

Publishing a tabloid revealing Washington’s most subversive scandals has earned Lara Armstrong the ire of the political scene—and a slew of death threats. To keep herself from ending up a headline, Lara hires a bodyguard, a man as handsome as he is lethal.

When the bullets start to fly, Lara is surprised to find herself in Connor’s arms. But as they begin to unravel a mystery that just might bring down the White House, Lara is devastated when she discovers Connor’s true identity—and finds herself at the mercy of forces who will stop at nothing to advance their deadly agenda.

Can these reunited lovers unravel a web of danger and trust each other again before it’s too late?

Years ago, Naval officer Dax Spencer and NCIS agent Holland Kirk indulged in a steamy affair—until she betrayed him in the wake of his father’s death. Dax tried to put her behind him with a payback of his own. But he never forgot Holland…

Now, as Dax and his fellow Perfect Gentlemen unravel a web of lies, he discovers his family’s tragedy is part of a much larger conspiracy. Soon, all clues point him back to New Orleans…where Holland waits, protecting her deadly secret and holding a torch for the only man she’s ever loved.

Once reunited, they can’t fight the passion flaring hot and wild. But something sinister lurks around every corner, from the elegance of the Garden district to the beauty of the bayou. Dax and Holland may find their way back to each other—if they survive…

When a killer threatens these former lovers, can they stay together or will their past keep them apart forever?

More than a decade ago, Roman Calder had a scorching affair with the sister of one of his best friends. Augustine Spencer drove him so crazy he thought of nothing but her. The only thing they did more often than heat the sheets was fight. Unprepared for the intensity of their relationship, Roman broke things off and concentrated on the things that made sense to him: his career and putting his best friend, Zack Hayes, in the White House.

Gus Spencer is known to Washington insiders as the president’s secret weapon. Gorgeous and brilliant, Gus runs the press pool with the determination of a shark. No one dares to cross her, not when she’s known for having a spine of steel. But long ago one man melted her down. Despite the fact that she’ll never forgive Roman for breaking her heart, now that they work together she can’t get him off her mind.

When a dangerous investigation leads both Roman and Gus to London, the heat between them becomes unbearable. As they begin to unravel an international conspiracy, they find themselves falling all over again. But when a killer threatens their world, can they fight to stay together or will the sins of their past keep them forever apart?

The thrilling conclusion of the twisting, page-turning Perfect Gentlemen series!

“I’m going to kiss you now and I won’t stop unless you tell me to.”

He lifted his free hand to her hair, sliding out the elastic band holding the low ponytail she typically wore. He gripped the strands. “Soft as silk. Just like you.”

“I’m not soft, Dax.” She didn’t want him to think she was like the other women he’d been with. They likely had been sweet, feminine creatures. Holland couldn’t afford to be.

“Yes, you are. You can be strong and soft and silky all at the same time. That’s who you are and one of the reasons I find you interesting. I want to know every single facet of Holland Kirk. I want to be the man you explore with, experiment with, be true with.”

She had the feeling he wasn’t merely talking about sex. This was why she’d always hesitated. Dax wanted all of her, even the parts of herself she’d shut down and hidden and told herself didn’t matter. He wouldn’t accept anything less than the whole of her soul.

But if he gave her back the whole of his, wasn’t that worth it? If they were both vulnerable, they could learn to trust.

She leaned in and his lips finally met hers. Slow and steady. He took her mouth like a man indulging in decadence, as though knowing they would share the pleasure of sex made him willing to stretch this moment out to something rich and sinful.

Gently, he fisted a hand in her hair, lighting up her scalp with sensation as he took her lips more fully, clasping her body against his own. She softened, giving in to the demand of his mouth, his hands. And when his tongue slid over her lower lip, demanding entry, she couldn’t stop herself from flowering open for him.

Dax pulled her up and onto his lap. She clasped her arms around his neck, bringing him closer. She could feel his erection pressing against her, thick and hard. So big. She couldn’t help but wriggle a little, trying to get closer to him.

His arms tightened on her. “Stop it, sweetheart, or we’re going to have a problem. I want this to last. After waiting this long, I want to savor tonight.”

But she was already on the edge, dying for him to be on top of her, inside of her. “We should go to my bedroom.”

“We should set some ground rules first,” he growled against her neck. “Holland, I’m crazy about you, but you’re going to let me control sex. I’m not foolish enough to think I could control anything else in our relationship but I need you to let me handle this.”

“Why does anyone have to be in control?” She’d always been in the power position with the men in her bed. Ceding it to Dax both excited and scared her.

“Because, as you pointed out, I have more experience. And I’m wired to take control. We’re not going to go at it like two teenagers. Not this first time. Maybe later, when I know exactly how to touch you to get you hot.” Heat melted his dark eyes like chocolate. “But right now I have to figure out how to handle you, how to steer you the right way.”

“Aren’t you?” He brushed a big hand over one of her breasts, cupping her flesh in his broad palm and making her gasp. “Everything that’s worth doing is worth doing right. Making love to you is definitely worth my best effort…” 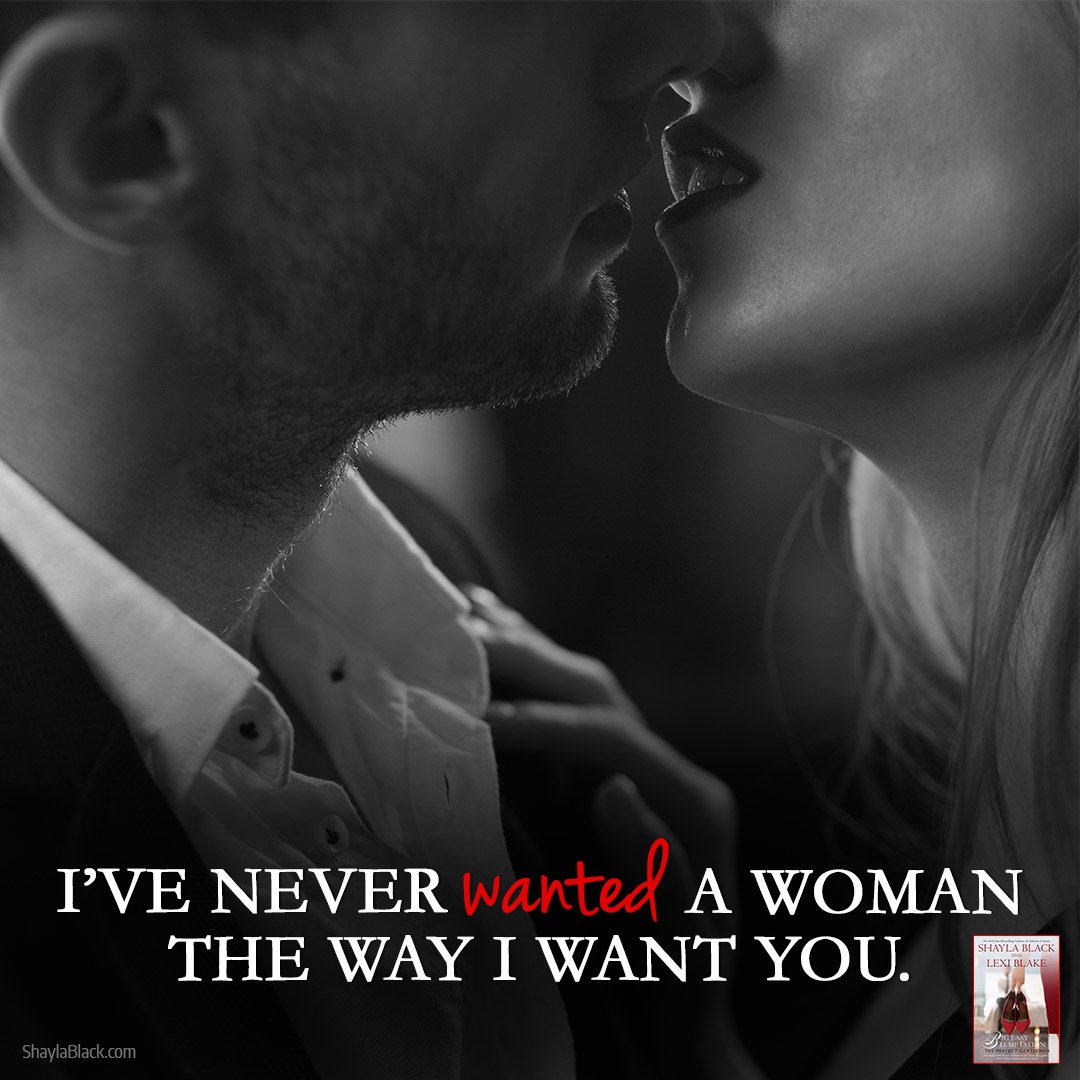 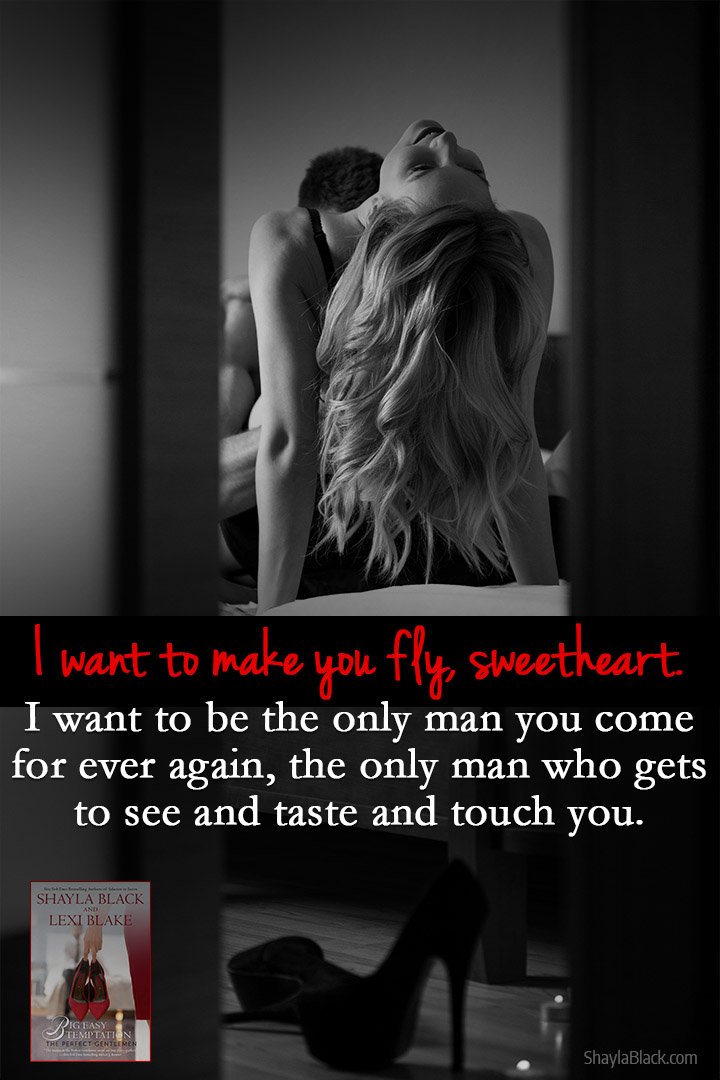 5 Stars and Purest Delight! “[It was] electric – the action, the mystery, the secrecy, the emotions, the jaw-dropping twists, and the tension and chemistry between the characters.”
-Guilty Pleasures Book Reviews

5 Hearts! “I’m so in love with the characters, the plot, the ever-evolving story line. I sit on the precipice of a cliff, constantly waiting for what happens next.”
-Give Me Books

5 Stars! “Big Easy Temptation was packed with raw emotions and sexual tension that had me saying ‘I can’t put this book down.’”
-Take Me Away to a Great Read Blog

5 Stars! “This book is brimming with explosive passion, destructive secrets and gut-twisting emotions, and will take you on the ride of your life!”
-The Sassy Bookster

5 Hearts! “I so loved their story.”
-She Hearts Books

“The conspiracy has tendrils that spread far and took me totally by surprise. I anxiously await the next book.”
-Night Owl Reviews 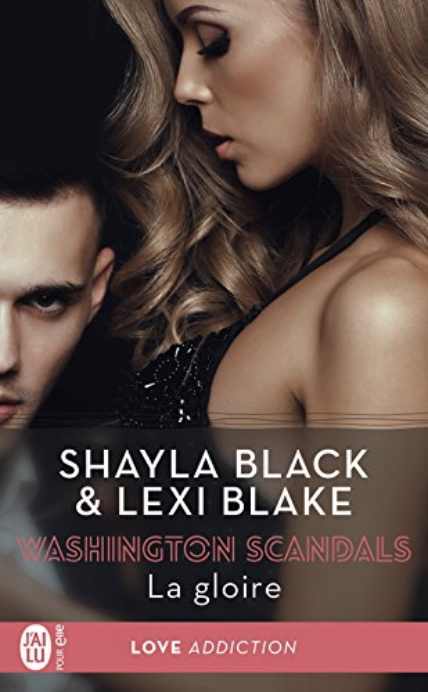 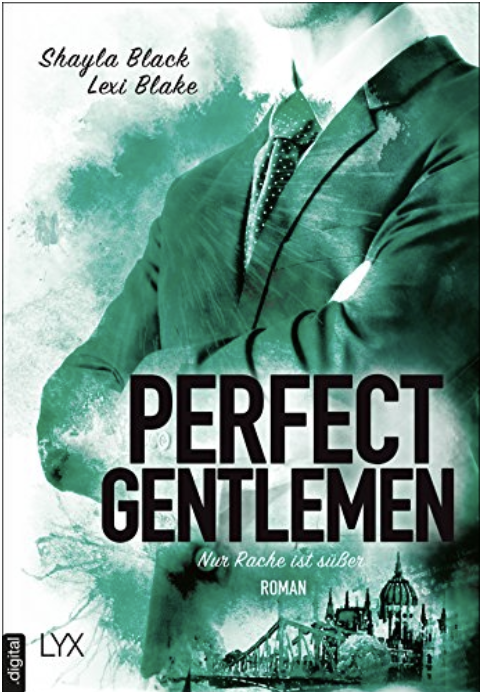