Edgy contemporary romances about men of power who share a kink and a special woman who, though inexperienced, isn't afraid to embrace all she desires. 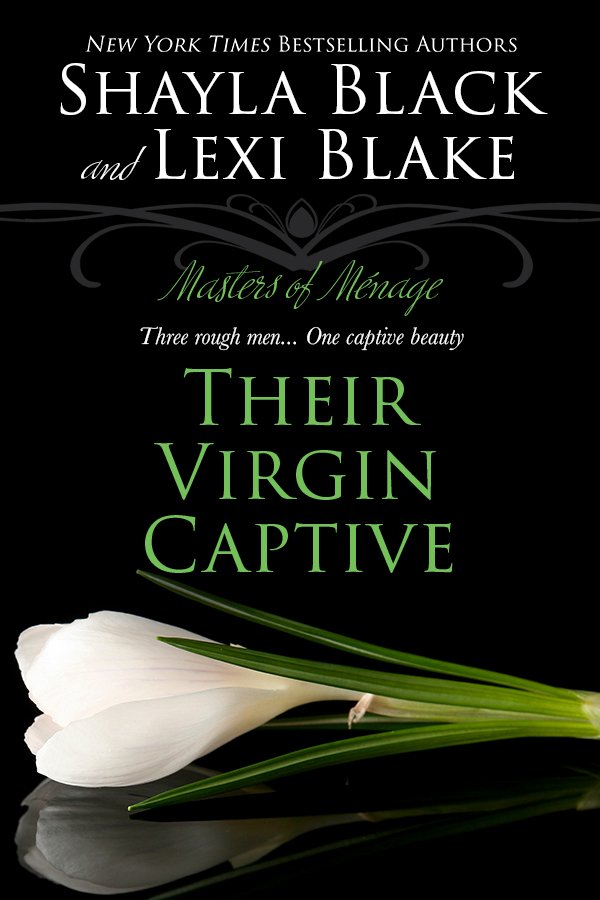 Brothers Gavin, Slade, and Dex, fall hard for Gavin’s new secretary, beautiful Hannah Craig. The oil executives know they must give her time to get to know them before she can choose one . . . who will seduce the virgin and keep her for his own. But when a dangerous predator begins stalking the small-town beauty, they work together to protect her, abducting Hannah and spiriting her to an isolated hideaway. Once alone with her, none of them can contain their burning desire. Though Slade and Dex don’t mind sharing, Gavin’s tragic past has put distance between him and his brothers. Now, they’re hoping that not only will Hannah love them back . . . but maybe mend their fractured family.

After overcoming her initial fears, the men teach her wild pleasure she’s never imagined. She grows closer to each, their devotion melting her inhibitions. Hannah finds herself embracing love with all three men—and hoping she can heal Gavin’s wounded soul. But her new found happiness turns to terror when her stalker finds her. Will Gavin, Slade and Dex lose their woman to a menace that threatens everything they hold dear, or will they finally unite to make Hannah theirs forever? 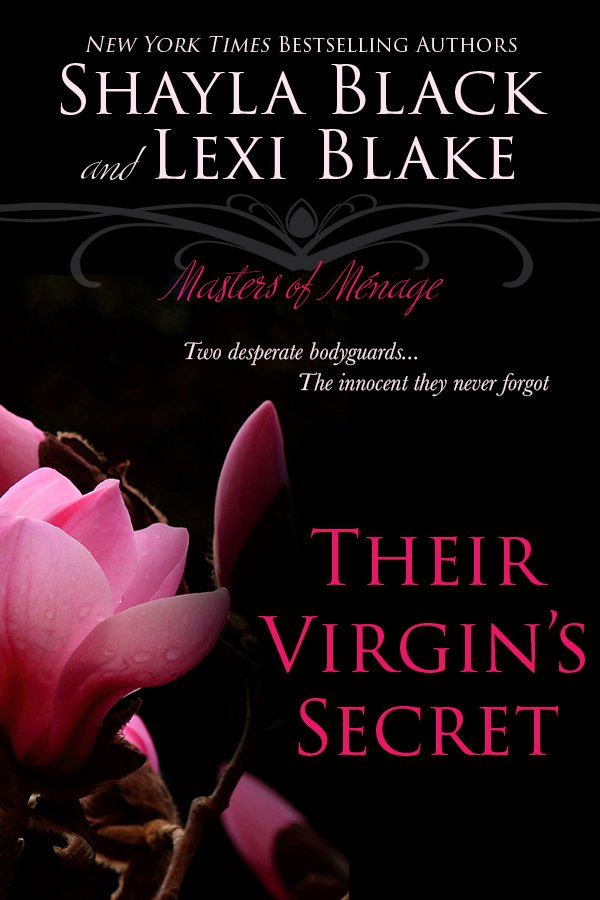 Security Professionals Burke and Cole Lennox have shared women before but never meant to fall in love with one. Their lives are precarious, always on the edge of trouble. But Jessa Wade is too tempting, too perfect to let go. They’re on a dangerous mission, but they can’t help but get close to the beautiful, innocent artist. When their mission takes them to a foreign land, they reluctantly leave their love behind, promising to return for her one day.

After her lovers disappeared, Jessa Wade bravely moves on with her life, protecting her secret. But when she becomes the target of one of Burke and Cole’s enemies, the men leap into action, vowing to save their woman and to never leave again. As danger stalks all three, they must come together and face the mistakes of their past. On the run and out of time, Burke and Cole will fight for their future with Jessa. But will Jessa’s secret bring them together…or tear them apart? 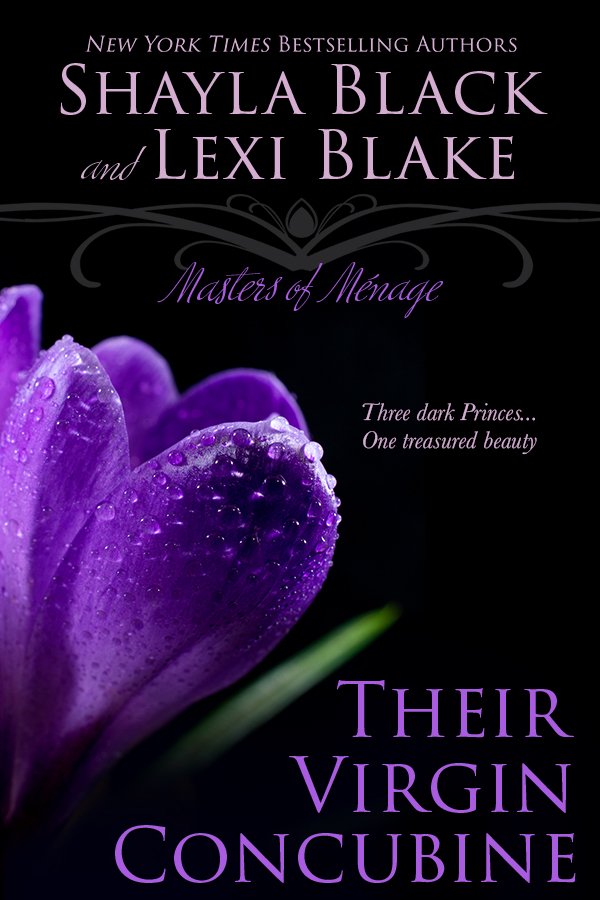 Piper Glen is thrilled when Rafe and Kade al Mussad ask her to visit their country on a business trip. Madly attracted to both, the virginal secretary knows that neither of her intensely handsome bosses desires her. But every night she dreams of having them both in her bed, fulfilling her every need.

Rafe and Kade have finally found the perfect woman in Piper. Sweet and funny. Intelligent and strong. Before they can reveal their feelings, the brothers must fulfill an ancient tradition. Every sheikh must steal his bride and share her with his brothers. They have thirty days to convince Piper to love them all forever.

The country of Bezakistan – notorious for its danger…

Sheikh Talib al Mussad knows his villainous cousin seeks to take his throne. If Talib and his brothers fail to convince the beautiful Piper to love them, all will be lost. After meeting Piper, he knows he would risk everything to possess her heart.

Khalil al Bashir has long coveted his cousin’s rule. Without a bride to seal their birthright, his every wish will come true. If Piper falls for them, he will lose everything but Piper can’t love them if she’s dead… 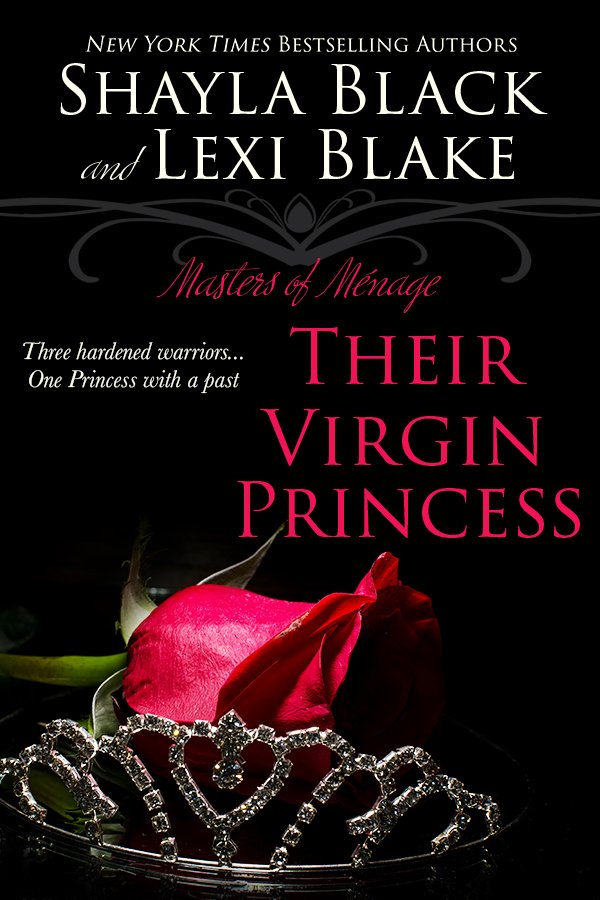 Three hardened warriors. One princess with a past.

Alea Binte al Mussad, Princess of Bezakistan, was abducted from her university, mentally tortured and forced to witness the worst of humanity. She was rescued, but not before fear and her shattered soul made her retreat into herself. Two years later, she’s living behind the palace’s locked gates and the walls she’s built surrounding her heart. Alea is comforted by the joyous family around her, but inside feels so alone—except when she’s with the steady trio of guards who relentlessly keep her safe. And tempt her with a passion she isn’t sure she’ll survive.

Dane Mitchell, Cooper Evans, and Landon Nix wanted Alea from the moment they laid eyes on her. Held back by their duty and her fragility, they worship the Princess from afar, determined to claim her if the chance ever comes. When Alea learns that someone may still be hunting her, she plots to escape both danger and her guards’ simmering, overwhelming passion. Dane, Coop, and Lan aren’t about to let her go. When they find themselves in paradise and all boundaries are stripped away, the ice begins to melt around Alea’s heart. But when reality comes crashing in, will she learn to accept love before a killer strikes again? 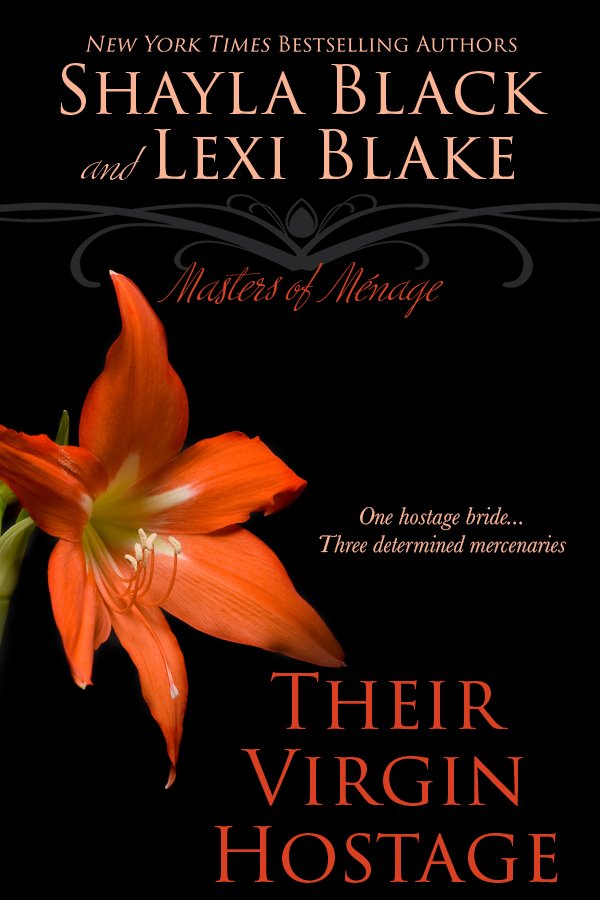 Kinley Kohl agrees to marry wealthy Greg Jansen to save her family. Her wedding day should be the happiest of her life…except that she doesn’t love him. And she can’t help but wonder if she’s making a mistake. Even so, she refuses to let her loved ones down. Then moments before her nuptials, she’s kidnapped—and her whole life changes.

Dominic Anthony has waited years to avenge his sister’s murder. He knows Greg Jansen is dirty, but he needs a witness to help prove his case. Jansen’s new bride is the perfect hostage. Kinley Kohl will tell him everything…or else. But his two business partners aren’t so sure. Law and Riley Anders worry that Kinley isn’t as guilty as she seems. And Law suspects she might be the one woman who can handle them all.

In the wilds of Alaska, the three men try to pry Kinley open, only to discover she’s both stronger and more innocent than they imagined. Her sweet beauty melts their suspicion and steals their hearts. Together, they awaken her passion and brand her as their own. When danger strikes, the men realize they must save Kinley or lose the love of their lives forever. 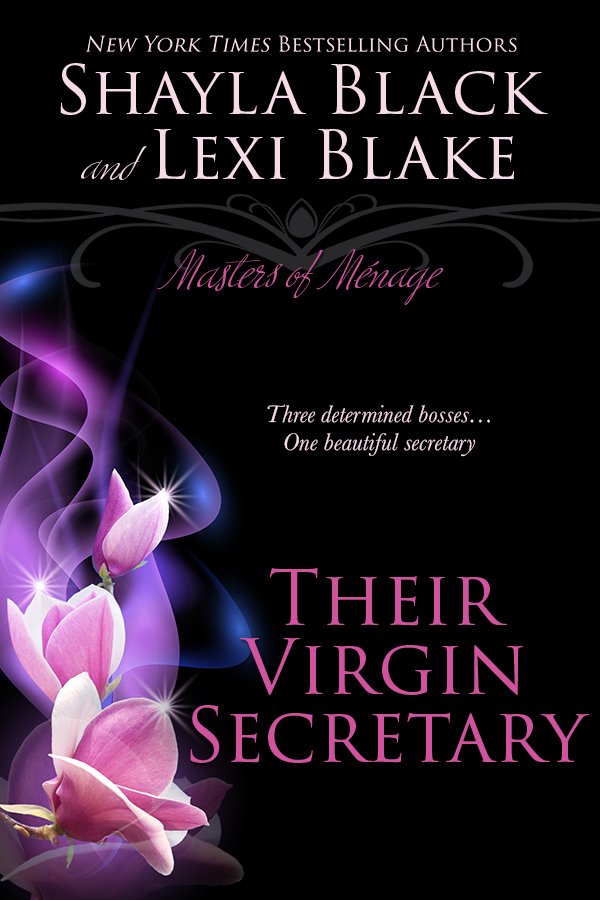 Tate Baxter, Eric Cohen, and Kellan Kent are partners for one of the most respected law practices in Chicago. But these three masters of the courtroom also share a partnership in the bedroom, fulfilling the darkest needs of their female submissives night after night. Everything was fine—until they hired Annabelle Wright as their administrative assistant.

Belle felt sure she’d hit the jackpot with her job, but in the last year, the three gorgeous attorneys have become far more than her bosses. They’re her friends, her protectors, and in Belle’s dreams, they’re her lovers, too. But she’s given her heart to them all, so how can she choose just one?

When her bosses escort her to a wedding, drinks and dancing turn into foreplay and fantasy. Between heated kisses, Belle admits her innocence. Surprise becomes contention and tempers flare. Heartbroken and unwilling to drive them apart, Belle leaves the firm and flees to New Orleans.

Resolved to restore her late grandmother’s home, she hopes she can move on without the men. Then Kellan, Tate, and Eric show up at her doorstep, seeking another chance. But something sinister is at work in the Crescent City and its sights are set on her. Before the trio can claim Annabelle for good, they just might have to save her life. 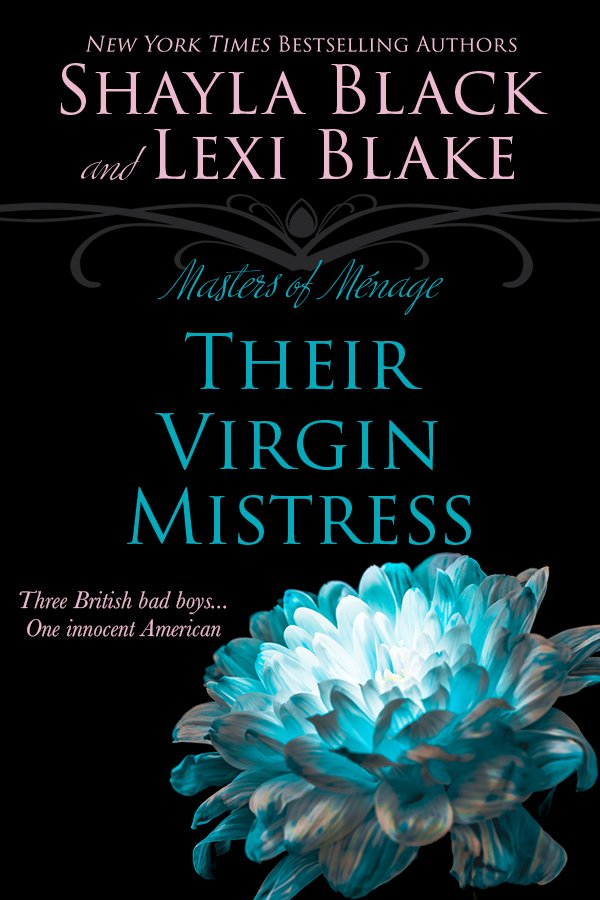 Tori Glen loves her new job as an image consultant for Thurston-Hughes Inc. The trouble is, she’s also in love with the three brothers who own it, Oliver, Rory, and Callum. They’re handsome, successful, aristocratic, and way out of this small-town Texas girl’s league. So she remains a loyal professional—until the night she finds a heartbroken Oliver desperate for someone to love. Tori knows she should resist…but it’s so tempting to give in.

Callum and Rory have denied their desire for Tori, hoping she’ll heal their older brother, who was so brutalized by his late wife’s betrayal. But when Oliver cruelly turns Tori away in the harsh light of day, she tenders her resignation. Rory and Callum realize that to save their brother, they must embrace the unconventional sort of family they’ve always wanted—with Tori at its center. And it all starts with seducing her…

Isolated with the brothers at an elegant English country manor, they begin awakening Tori to the most sensual of pleasure. But consumed with regret, Oliver won’t be denied the chance to embrace the only woman worth the risk of loving again. What begins as a rivalry veers toward the future they’ve only dared to dream of. But a stranger is watching and waiting for a chance at revenge. Can the brothers come together to embrace the woman they love and defeat a killer?