🔥 🔥 🔥 Enjoy a little tease from my new release WICKED AS SEDUCTION! http://shayla.link/WASed

“Let me give you pleasure,” she murmured in her most seductive tone.

“But you want this, yes?” She attempted to lower her lips on him again.

Trees stopped her, closing her mouth with a thumb beneath her chin. “More importantly, is this what youwant?”

She nodded, giving him her softest, most suggestive doe eyes. Then she pursed her lips, which must be swollen after having him in her mouth. Men didn’t usually need more encouragement.

His stare followed her gesture, but beyond his tight expression and choppy breaths, she couldn’t gage his reaction. That meant he was thinking.

Suddenly, Trees rolled her to her back and followed, hovering above her and pinning her down, thankfully without settling his weight on her. “Why? You’ve been terrified of me since we met.”

you will not hurt me.” She arched her breasts at him enticingly. “I want to know what you feel like.”

He searched her face. Then his gaze fell, fixating on her nipples. The buds felt hard. Tight. Blood scorched her veins and pooled where she began to ache. Because she feared him? Or for some other reason?

“I will feel safer with you…”

His eyes narrowed. “Will you? Really?”

Over the years she had learned ways to allay a man’s suspicions. She sent flirtatious glances and fluttered her lashes. She licked her lips. She smiled invitingly. “Of course.”

She tried not to panic. “Truly. You are not like any man I have known.”

That was not a lie.

“Am I supposed to be happy you’ve decided I’m one step above a rapist?”

“Many more.” She caressed up the rigid bulges of his biceps to his granite shoulders.

At least he had tried to be. It wasn’t his fault she wasn’t interested in his kindness since it surely came with strings.

“That doesn’t mean you have to blow me, Laila.”

“I want to make you feel good. You liked it, yes?”

He scoffed. “You know the answer.”

“Then let me finish. Roll onto your back, close your eyes, and feel what I can do for you.”

When she tried to wriggle out from under his body, Trees refused to budge. “No. I’m betting too many men in your past have used you like that. I won’t.”

Carajo, she must be more persuasive. Otherwise, he would likely roll away and fall into another fitful sleep. Or worse, leave the bed and wait to see what she was up to.

Laila pressed a seductive kiss to his steely shoulder. The unexpected softness of his inked skin over hard muscle made her horribly aware of his masculinity and power. “You are not like them. You seem…nice.”

That wasn’t a lie, either. In her brother-in-law’s compound, Laila had known men with machismo, who had done unspeakably cruel things merely to prove they were “man enough” to be an asset to the cartel. But Trees seemed too sure of himself to bother with that.

“I’m trying, but you’re making it difficult.” He shook his head in the shadows. “Fuck it. I’m probably going to hell, anyway. If you really want this, we’re doing it my way.”

Her heart skittered. What did that mean?

Just this once, she could give him what he sought. She could close her eyes, pretend she was elsewhere while he took whatever parts of her he desired. If he chose to fuck her, it might hurt since no man had penetrated her in months. But after he was done, the pain would subside. And intercourse shouldn’t last long. She had sucked him close to orgasm. A little stimulation, a few pumps of his hips, a couple of grunts, and it would likely be over.

“All right.” Her voice trembled.

Trees cupped her cheek. “I’ll make you feel good, little one. I promise.”

Impossible. Not that it mattered. But somehow his hushed vow made her dizzy and hot.

“Hurry.” She managed to sound as if she was begging.

In a way she was. Her unexpected reaction to him aside, the later the hour grew, the less likely nearby campers would be awake to help her find a ride to Louisiana.

Trees shook his head. “I’m going to take my time with you. I don’t think any man has ever savored you, and you deserve all the pleasure imaginable.”

Then Trees did something no man had ever done. 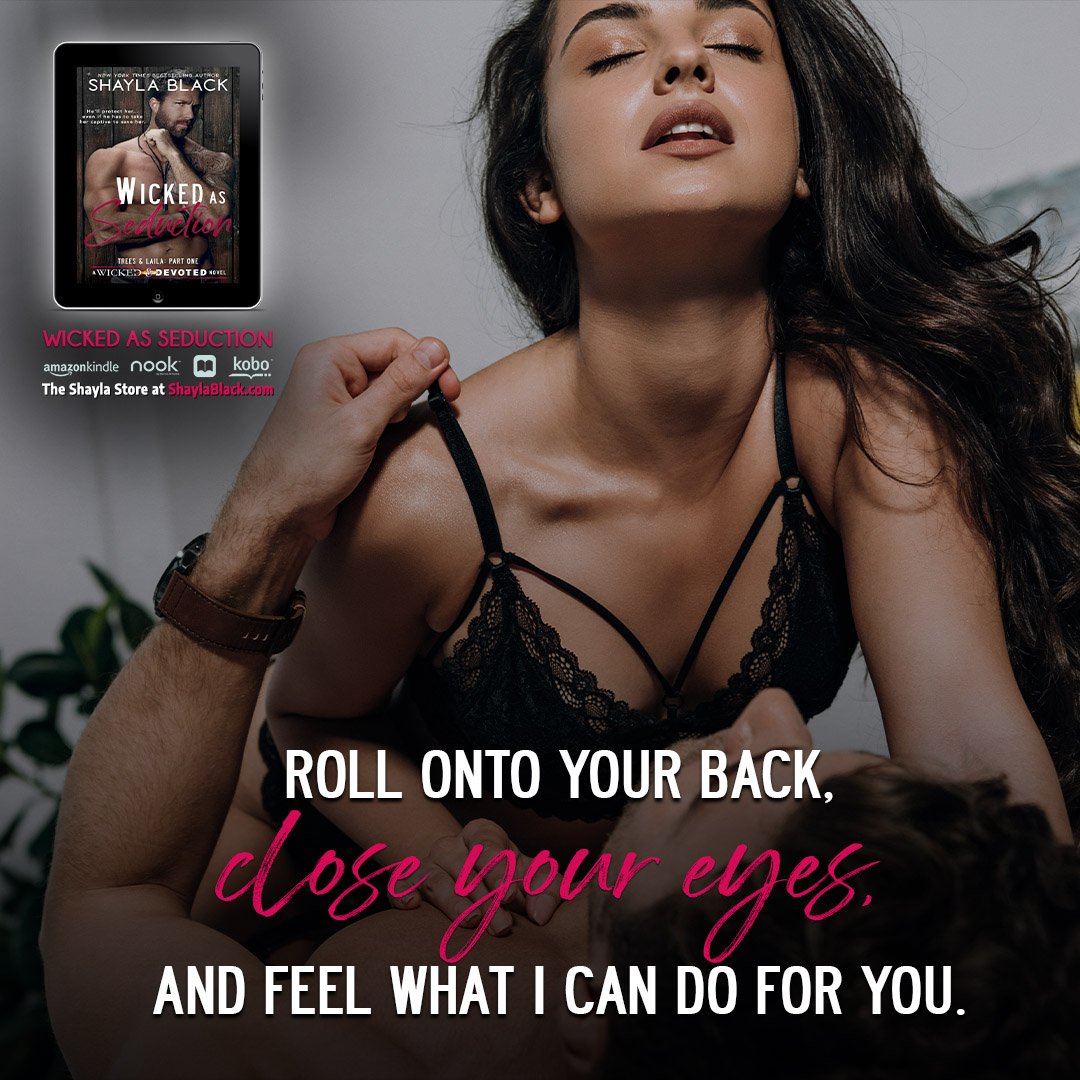